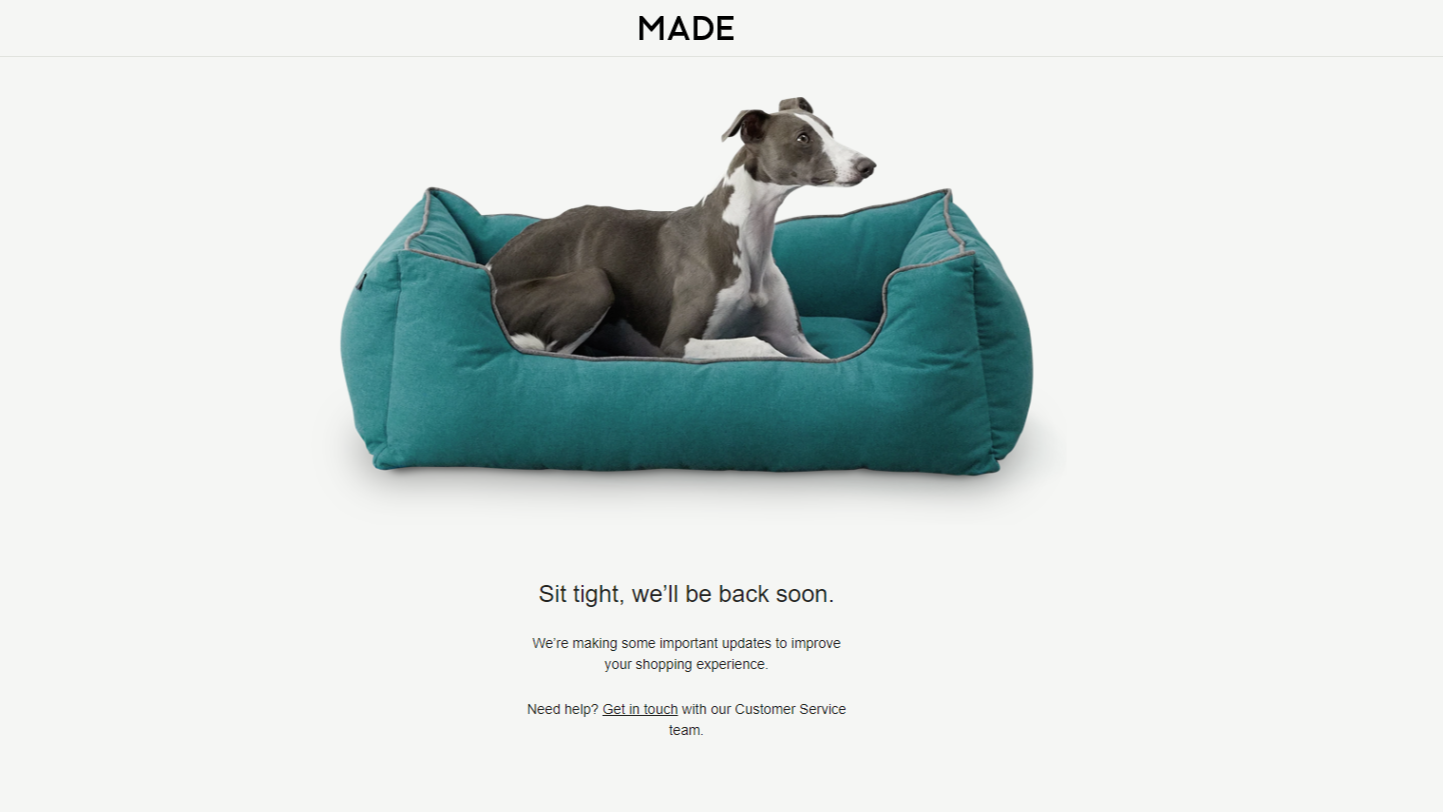 As of this morning, customers visiting Made.com will be unable to make new orders, instead being met with a message reading “sit tight, we’ll be back soon”.

The London-listed firm was in negotiations with a “select number of parties” with the goal of securing a takeover before the end of the year.

The company said on Tuesday that the interested parties were not able to meet the time conditions set by Made, which was requesting the closure of the deal before the end of the month.

Made.com said in a statement: “The decision to temporarily suspend new customer orders remains under review and a further announcement will be made as appropriate.”

Consumer spending on furniture has taken a significant hit in recent months amid the rising cost of living in the UK.

It is a swift change in fortunes for Made.com, which went public on the London Stock Exchange in June 2021 amid a record year for UK tech IPOs.

The online furniture merchant’s initial market capitalisation when it went public was £775m but it has since drastically fallen to a valuation of £37.1m.

Several other big-name UK tech IPOs that year, including Deliveroo, Moonpig, and Trustpilot, have seen share prices fall drastically from their initial listing value in a blow for the UK’s public markets.