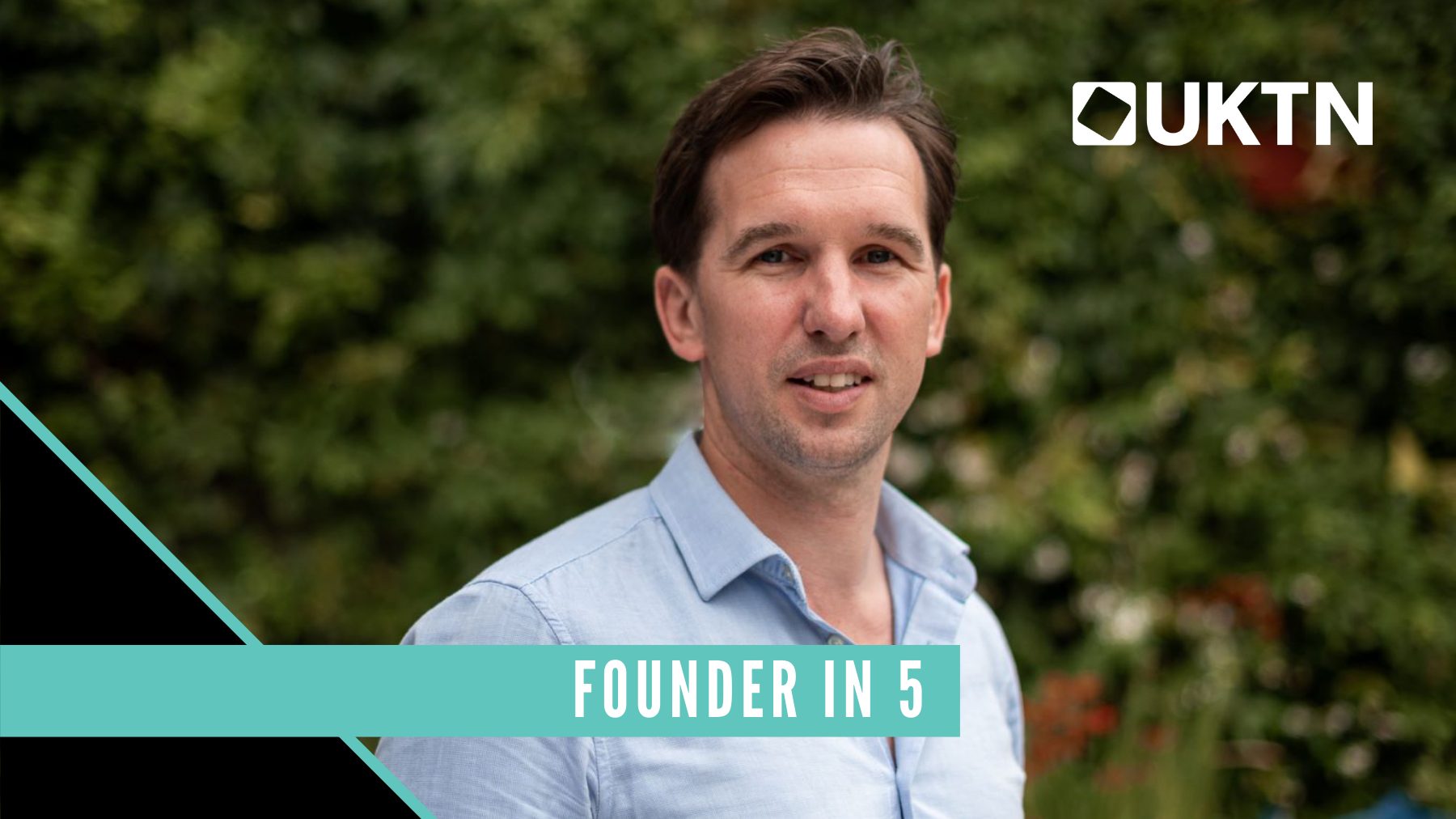 Dr Owain Rhys Hughes is the CEO and founder of Cinapsis, a clinical communications platform for primary and secondary care clinicians.

Hughes – an ear, nose and throat surgeon – founded Cinapsis in 2015 after experiencing first-hand delays in clinical care in the NHS. Clinicians can use the Cinapsis platform to request advice, securely share medical images and discuss treatment advice for patients.

The company operates with a remote workforce of 15 staff and counts nine NHS organisations among its customers, spanning 11 million patients.

In this week’s Founder in Five Q&A, Hughes talks about the initial difficulty of convincing clinicians to use the platform, the “headache” of non-interoperable technology and how rugby injuries sparked a career as a doctor.

1. What one thing do you wish you’d done differently when launching your company?

Owain Rhys Hughes: One of the biggest hurdles at the beginning was addressing some clinicians’ hesitancy when presented with ‘yet another’ digital solution. Unfortunately, many of the tech solutions that enter the NHS are difficult to implement, require hours of onboarding, and aren’t properly integrated with existing systems.

Although we knew that Cinapsis had been designed painstakingly to avoid those pitfalls, it was sometimes difficult to convince clinicians of this. However, soon the clinicians who were seeing the benefits first-hand began acting as champions, encouraging their colleagues to embrace the tech too. I would definitely build up this network of clinician champions sooner.

2. What are the best and worst parts of your job?

ORH: Seeing first-hand the effect of the pressures facing current NHS staff is undeniably tough. As a doctor myself, I’ve witnessed this from the hospital floor. Backlogs and shortages exacerbated by the pandemic are presenting exhausted healthcare workers with a steep hill to climb, and leaving patients waiting for vital treatments.

There’s no quick fix, but it’s heartening to see so many working hard to drive change. The best part of my job by far is speaking to the clinicians using our platform and benefiting from tech innovation in their daily practice. It’s so rewarding to see the genuine impact our work is having on clinicians and their patients.

3. What’s a fact about yourself that people might find surprising?

ORH: Having been born and grown up in Wales, I’m a big rugby fan. I played a lot of rugby during my time at school and university, which led to me spending a lot of time in A&E with various injuries.

However, this experience sparked my interest in becoming a doctor and in helping the NHS solve some of its biggest challenges.

ORH: A scientist. This was my dream from a really young age; I was convinced that my future lay in investigating groundbreaking new hypotheses and making fascinating discoveries in a lab.

But it turns out that the world of healthtech can deliver just as much excitement, fulfilment, and positive social impact.

5. Is there a technology that the world would be better without?

ORH: Within healthcare, technology that is non-interoperable – meaning it can’t ‘speak’ to or easily share data with other NHS systems – is a real headache for staff and a drain on their time. Across the NHS, hundreds of different digital systems are in operation. So no matter how good a new tech tool is, unless it can seamlessly integrate with other systems, it’s going to be of very little use. The same goes with security and compliance – healthtech tools must understandably meet the most stringent NHS standards. Unless these are upheld, patients (and their data) could be put at serious risk. It’s better to have no tech than tech that’s non-compliant.

The post Founder in 5: Cinapsis CEO on the importance of early product ‘champions’ appeared first on UKTN | UK Tech News.

SoftBank’s CEO thinks startups are too attached to high valuations. Is he right?