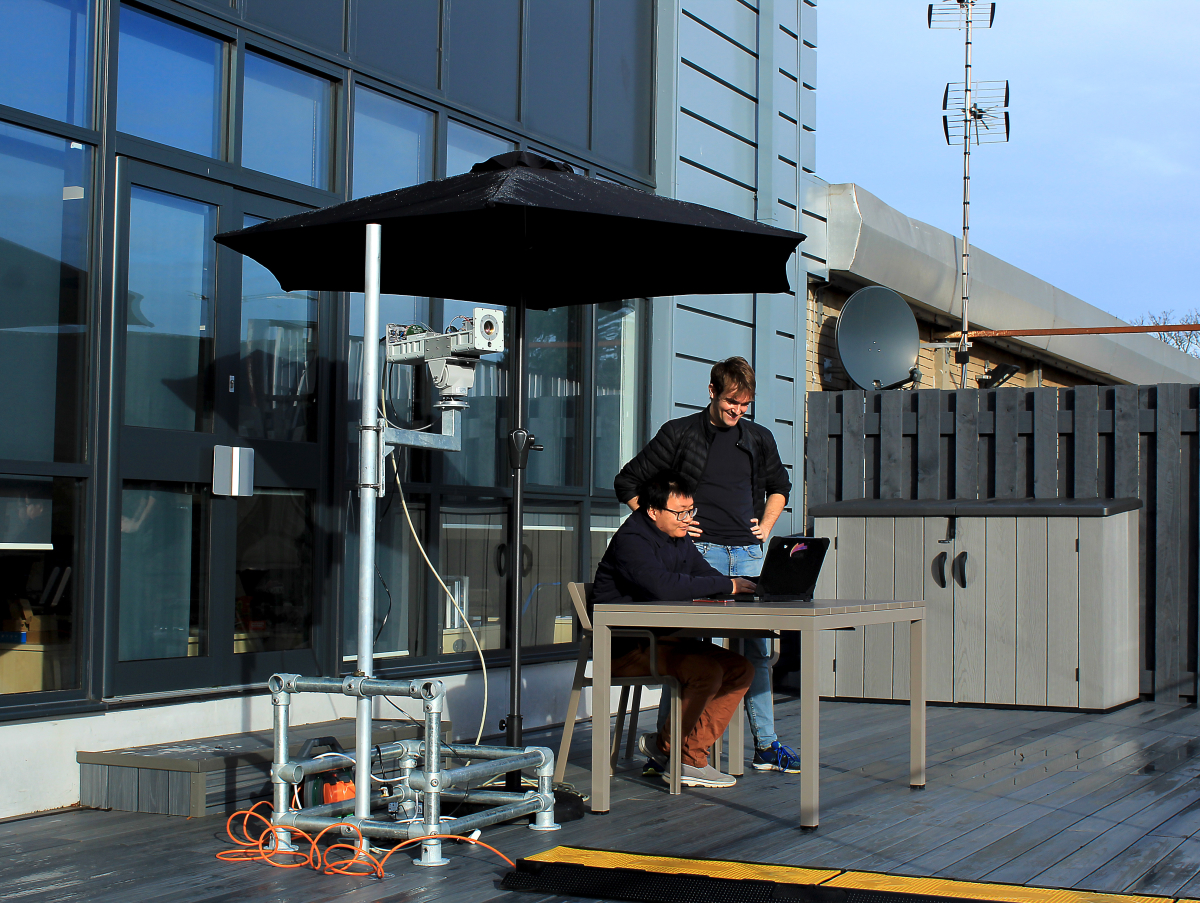 Cardiff-based photonics startup QLM Technology has raised £12m in funding for its LiDAR camera that detects and measures greenhouse gas emissions, drawing investment from the Development Bank of Wales.

The company, which has had financial support from Innovate UK, has developed a LiDAR camera that uses quantum technology for mapping gas plume shapes to detect gas leak locations.

A key market for QLM is the oil and gas industry, where its technology can be used to detect and monitor methane emissions.

The Series A funding was led by Schlumberger End-to-end Emissions Solutions, a business that provides a package of services to the oil and gas industry to measure and monitor methane flares.

As part of the deal, QLM has entered into a strategic partnership with Schlumberger, which will see its LiDAR technology offered to oil and gas companies alongside other monitoring technologies such as drones and sensors.

“The unique QLM LiDAR technology will allow operators to continuously monitor their facilities for methane emissions, and the technology is differentiated in its ability to detect even small emissions; to quantify emission rates accurately; to provide actionable information by locating the emission source precisely; and to fit upstream, midstream, and downstream facilities of all sizes,” said Kahina Abdeli-Galinier, emissions business director, Schlumberger.

QLM is targeting other greenhouse gas-intensive industries such as landfills and agricultural wastewater operations. It was spun out of the University of Bristol but has since established its headquarters in Cardiff. It also has operations in San Francisco.

QLM’s device has been trialled by the National Grid and is currently working with BP.

The Development Bank of Wales, which was set up by the Welsh government in 2017 to invest in startups, made its second investment into QLM following a seed investment in 2021.

“What’s really exciting is that this subsequent investment will enable QLM to grow rapidly from their base here in Wales, where they’ll continue to take advantage of the region’s compound semiconductor cluster,” said Oliver Wheatley of the Development Bank of Wales.

“Alongside the oil and gas sector, QLM’s technology which can revolutionise the greenhouse gas monitoring and detection industry, will be deployed across several adjacent markets, helping to safeguard our planet for future generations.”