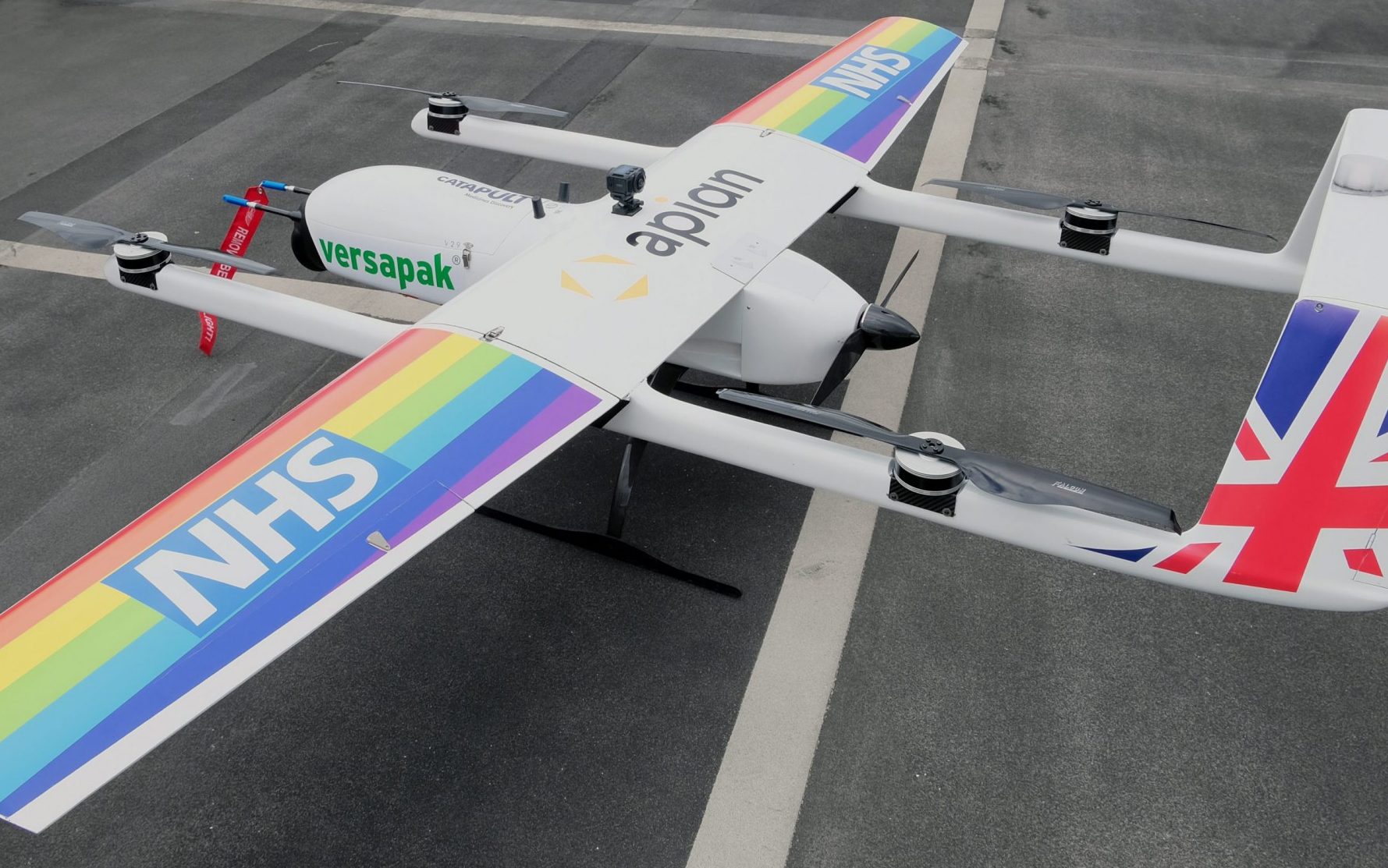 The NHS is launching a trial to deliver chemotherapy medication via drone in a trial with drone startup Apian.

Initially, the drones will transport the medication from Portsmouth Hospitals University NHS Trust to the Isle of Wight’s St Mary’s Hospital starting in the “coming weeks”.

“I want England to become a world leader in cancer care and using the latest technology to deliver chemo by drone means patients will have quicker, fairer access to treatment no matter where they live,” said Sajid Javid, health and social care secretary.

Apian’s drones will reduce delivery from four hours to 30 minutes, which could prove useful for chemotherapy drugs that have a short shelf life. It will also remove the need for patients to travel for treatment.

A spokesperson for the NHS told UKTN that the drones can operate in the same weather conditions as helicopters.

Amanda Pritchard, chief executive, NHS said: “Delivering chemo by drone is another extraordinary development for cancer patients and shows how the NHS will stop at nothing to ensure people get the treatment they need as promptly as possible – while also cutting costs and carbon emissions.”

Northumbria is next on the list for the trial, where the tech will be explored to deliver pathology samples, blood bags, prescriptions and small medical equipment.

Other stakeholders in the project include Solent Transport, the University of Southampton, King’s College London, Skylift, Modini, the Ministry of Defence and UKRI.

“This project marks a very important first step in the construction of a network of drone corridors connecting hospitals, pathology labs, GP surgeries, care homes and pharmacies up and down the country,” said Alexander Trewby, CEO, Apian.

The NHS is not the only company taking to the sky for deliveries. Last month drone operator Skyports began a trial to deliver school meals to a Scottish primary school.

The Royal Mail has also revealed plans to launch 50 postal drone routes in the next three years.