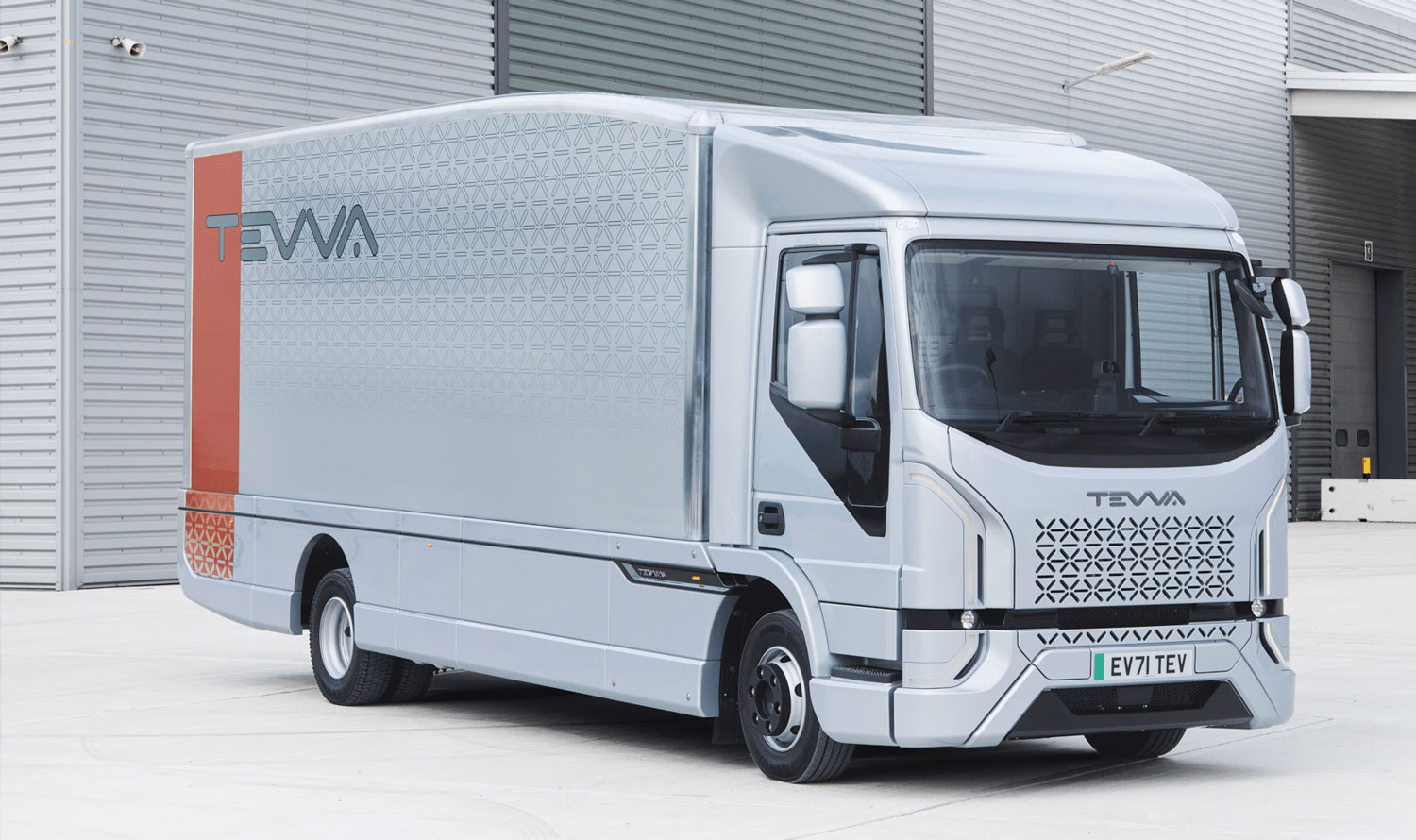 London-headquartered truck maker Tevva has unveiled its first hydrogen-electric truck, which has a range of 310 miles (499 km).

According to the company, the truck will be the first vehicle of its kind to be manufactured, designed and mass-produced in the UK.

The 7.5 tonne truck, to be unveiled today at the Road Transport Expo in Warwickshire, will be manufactured in Tilbury, London. This will be followed by 12 tonne and 19 tonne variants, which are expected next year.

“Our focus is first and foremost trucks that get the job done, remove the range issues, save money. The green focus is not the main focus because I believe that’s the best way to get the world to decarbonise,” Tevva CEO and founder Asher Bennett told UKTN.

Bennett likened this approach to making solar power cheaper than coal because people are more likely to choose the energy source that makes the most financial sense.

Hydrogen fuel cells combine oxygen and hydrogen atoms to produce electricity, with water and a small amount of heat as byproducts instead of harmful emissions.

The main benefit of incorporating hydrogen into an electric truck is the energy density, which means the system and energy does not add a lot of weight when compared to a traditional battery. Some see this as having high potential for trucking fleets that often undertake long-range trips.

Filling up with hydrogen also requires less time than electricity because it comes in gas form and can be topped up in a similar amount of time as a diesel truck. Despite the benefits of hydrogen power, a fully hydrogen-powered truck is not currently viable. Bennett explained that the fuel is expensive because it’s not widely used in transportation, nor is it offered at many fueling stations.

Hydrogen to electricity fuel cells are not cheap, either.

The launch comes shortly after Tevva, which takes its name from the Hebrew word for nature, raised £41m to accelerate the production of its all-electric and electric-hydrogen 7.5 tonne trucks. To date Tevva has raised over $140m (£115m) in funding.

“It’s much better than a[just a] battery because without the hydrogen, you’d probably not want to use more than 50 to 70% of your battery at most and no one is risking it too much in the world of trucks and getting to the limits, because repatriating a truck that has run out of energy full of goods is not fun,” said Bennett.

Tevva’s hydrogen-electric truck manages the consumption through an onboard and cloud-based system.

Bennett said that hydrogen was focused on improving the electrification of trucks, adding that the technology isn’t needed within cars.

There are very few public hydrogen fueling stations in the UK according to Bennett, but he expects that typically a driver will refuel hydrogen around twice a week.

When asked if it would develop different hydrogen vehicles in the future, Bennett said the company had no interest in vans and pickups but said Tevva had the technical capability of making a 40 tonne semi-trailer.

However, this would require the infrastructure for refuelling and charging to make the economics work, he said.