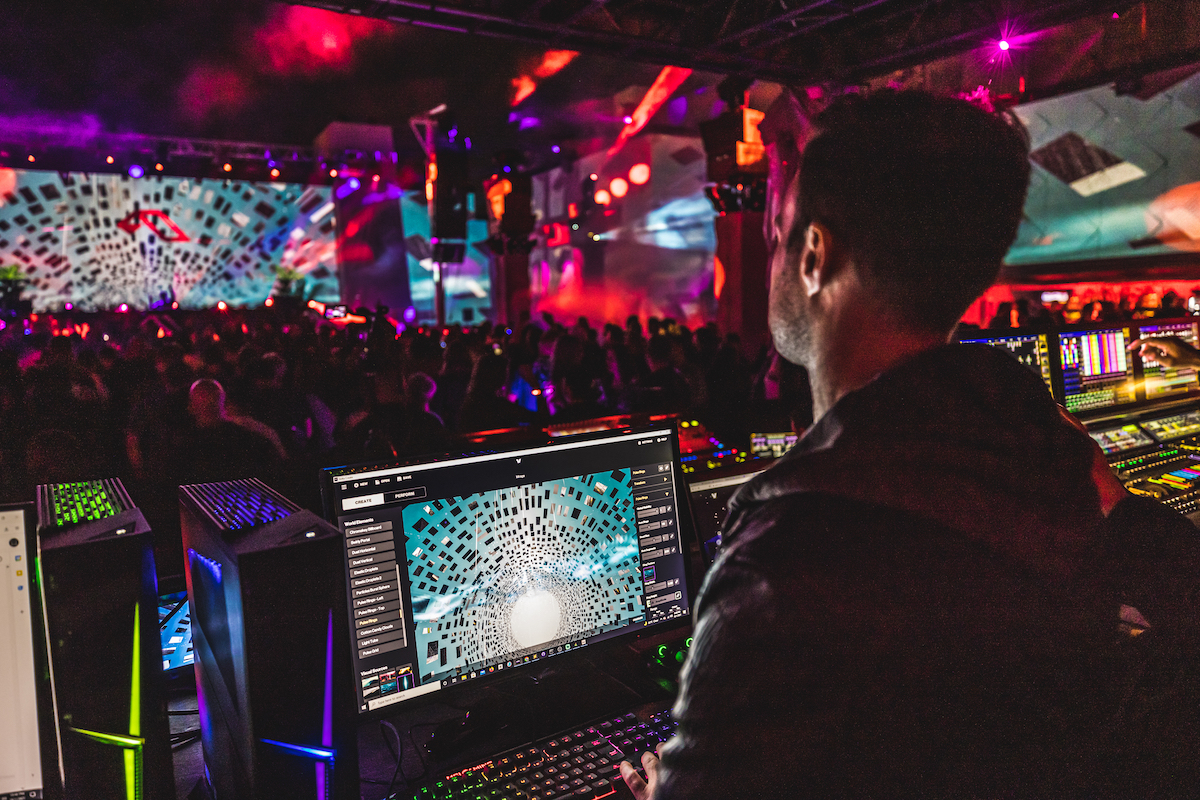 Lights, mud, lasers, tents and confetti are all things you would expect from the world-famous Glastonbury Festival. This year, festival-goers have also seen their favourite artists performig on stage to a backdrop of mixed reality visuals.

Picture yourself at the Glastonbury Shangri-la Gas Tower or Greenpeace’s HE.SHE.THEY stage, listening to artists such as Bonobo, TSHA and Jamie Jones, surrounded by technicolour visuals that pop out in 3D in perfect synchrony with the song.

The startup behind these “mind-bending” extended reality visuals is London-headquartered Volta-XR. Founded in 2019 by Mitchell Bayer-Goldman, Alex Kane, Will Dixon and Yuli Levtov, Volta-XR started out as a spatial audio interface for virtual reality.

“We are trying to make an incredibly powerful creative visual tool for a market that isn’t necessarily visually artistically driven but who recognise the necessity of having visual components to their brand and performance,” Bayer-Goldman told UKTN.

Volta’s platform lets creators, such as music artists and event organisers, produce 3D graphics that can be shown on projectors as well as LED screens. Bayer-Goldman explained that the tech can be used for music videos and live streams in addition to music concerts.

Volta told UKTN it is looking to raise a further $1.5m (£1.2m) ahead of larger Series A next year.

It made its way onto the Glastonbury stage through its membership of AIXR (The Academy of International Extended Reality), which fostered an introduction to Lost Horizons VR, whose founder is also the creative director for Glastonbury’s Shangri-La area.

Volta started off as Alex Kane’s thesis project whilst studying a masters in Innovation Design at The Royal College of Art and Imperial College London.

Its software lets performers create 3D visual performances that react to audio. It’s aiming its software at those who may not have the knowledge or finances required to create their own stage visuals from scratch.

“We’re enabling music artists to connect and engage with audiences in innovative ways and at its most basic level, Volta makes it incredibly easy to make visually compelling content for musicians, artists and creators quickly and for free,” said Bayer-Goldman.

Bayer-Goldman teased a feature in the pipeline to give audiences the ability to interact with and control an event’s mixed reality, both in-person and online via Twitch or YouTube. Artists will have the option to charge for this.

Audiences will type certain keywords that would trigger corresponding virtual effects in the virtual world, LED walls and on the event live stream.

“Eventually we anticipate that mixed reality itself will become an art form and people will look at Volta as the de facto paintbrush,” said Bayer-Goldman.