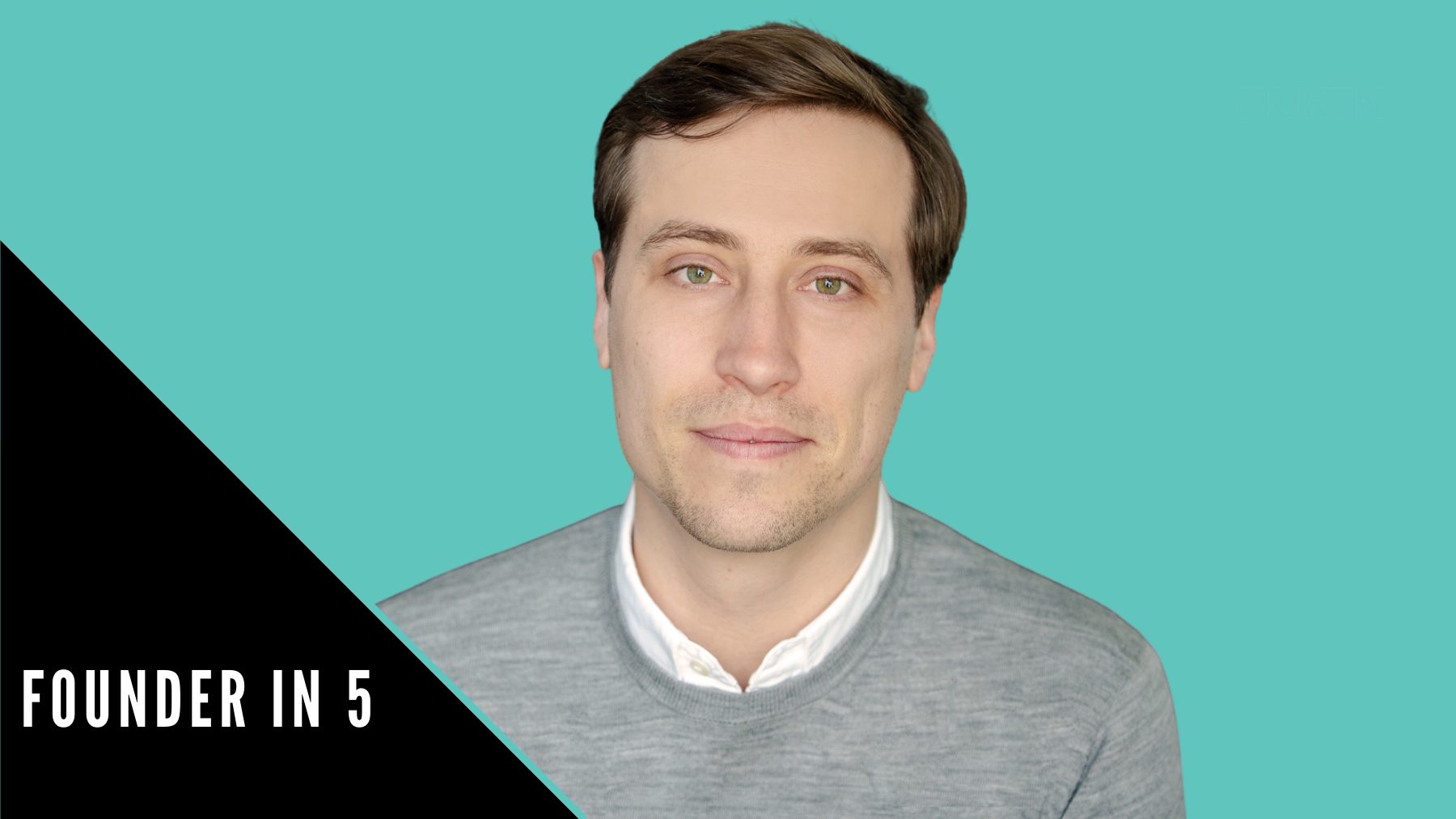 Niels Thoné is the co-founder and chief growth officer at Sprout.ai, a company using artificial intelligence to automate insurance claims.

The London-headquartered company uses natural language processing technology to scan insurance policy documents, understand the context and create rules. It then runs insurance claims against these rules to check if a claim is covered.

Founded in 2018, by Thoné with Gregoire Cadel and Raphael Guth, Sprout.ai supplies its technology to global insurance companies such as Zurich.

The insurtech has raised nearly $15m (£12m) in funding, including an £8m Series A round in May last year.

In this week’s Founder in Five Q&A, Thoné explains why he recently stepped down as the CEO of Sprout.ai, recalls a time he froze during a pitch and explains why founders should pick angel investors for their network, not their chequebook.

Niels Thoné: I once froze at a pitching event for insurtechs back in 2019 – it still makes me cringe to think about it! I hadn’t been feeling very well prior to the pitch and I definitely wasn’t ‘on form’. I was standing by, watching a founder who was on stage before me. He was absolutely nailing it with his presentation, and by the time I got on stage, I just froze.

The experience was so unpleasant that I did everything I could to avoid pitching for several months. However, as part of the TechStars 2019 cohort it was not something I could avoid any longer, and had a pitch to deliver about six months later. I got there in the end: I practised for hours on end, which meant that when the time came to perform, I had played out all of the scenarios and had finally given myself the confidence to push through.

2. What funding advice would you give to a first-time founder?

NT: I think the best advice I can give to really early-stage businesses is to choose angel investors for their network, not necessarily their cheques. Some of my angel investors – that include insurance industry executives and serial entrepreneurs – are a huge support for me in navigating the growing pains that come with scaling a fast-growth technology business like Sprout.

Their knowledge and wisdom have got me through some pretty tight spots. Once you have found those angels, make sure you nurture those relationships. I found that investors really appreciate it when you show that you care about their support and experience, given that they have skin in the game.

3. When should a founder CEO pass the baton on to a new chief executive?

NT: Two months ago, we announced that I was stepping down as CEO of Sprout.ai to take up a new role as chief growth officer. Often in the tech industry, founders step back from CEO roles and it causes a good deal of controversy, as founders are typically the ‘face’ of the business.

Many founders hold on for too long and get scared of making a decision like this because when it goes wrong, it goes really wrong. Personally, it took me some time to take this decision, but it was undoubtedly the right one for me. As a founder, you carry the business with you everywhere you go, and I increasingly found that I was doing myself a disservice both in and out of the office. I realised that in doing so, far from having a detrimental effect, by stepping down I was creating long-term value in the business.

My decision to step down was about relinquishing control in certain areas of the business where someone else would add much more value. I could see the road ahead of Sprout’s fast growth journey and the milestones we needed to hit to achieve this. Our new CEO Roi Amir brings the experience we need to get there, including the best routes to take and potential mistakes to avoid. And it’s all about knowing what’s around the corner!

NT: People are often surprised when they find out I am quite an introvert. As a founder, you are generally the front of house person. When most people think of a successful entrepreneur, typically they think of a larger-than-life character. While it’s easier to do this at work because there’s a strong mission to talk about, at home and in my private life I don’t fit this mould – I’m actually quite reserved and will generally avoid situations which force you into the spotlight.

Don’t get me wrong, I like meeting new people and love engaging with potential customers. However, when you give your all to work it’s good to have a safe haven to go back to in order to recharge.

5. Which nascent technology holds the most promise?

NT: I think there is still a lot to learn in the field of natural language processing (NLP), in how we program computers to process and analyse language. At Sprout, we have developed both computer vision and NLP technology that is specifically tuned towards the insurance claims industry and its idiosyncratic vernacular, but this is just the beginning.

The post Founder in Five: Niels Thoné on stepping down as Sprout.ai CEO appeared first on UKTN | UK Tech News.