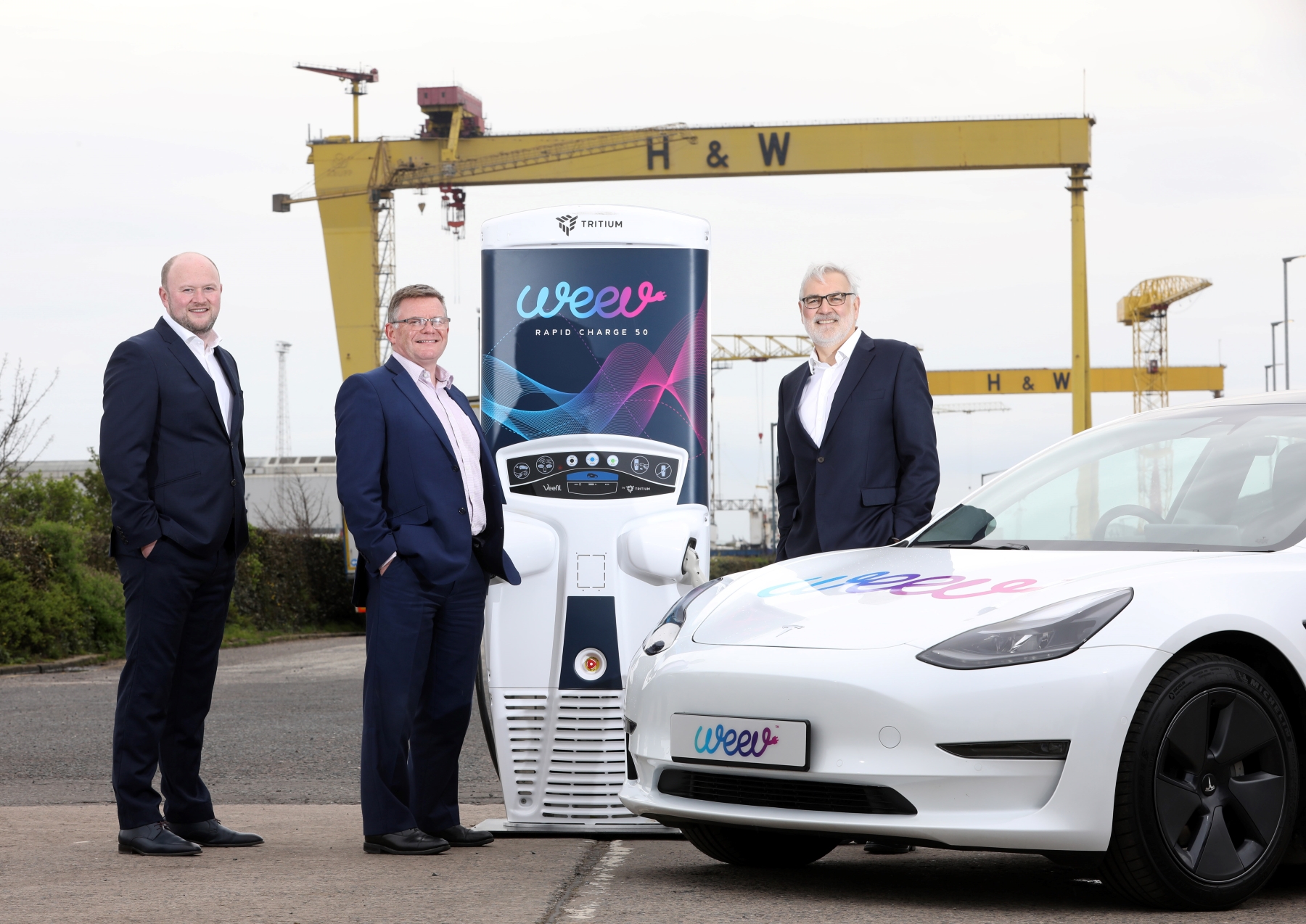 The public EV charging network will be spread across 350 locations, situated in convenient areas such as car parks. Weev is aiming to have the first charge points installed by mid-2022, with the network fully completed by the end of 2024.

The network will include six “ultra-rapid” charging sites, which Weev said are able to fully replenish an EV battery in less than 20 minutes.

“With the current situation around fuel prices, consumers are now thinking seriously about the switch to an EV, but they need to make that switch knowing that their charging requirements will be met should they need it on any given journey,” said Thomas O’Hagan, Weev co-founder.

Electric cars are also seen as a key part of the UK’s net-zero strategy. The government will phase out the sale of all new petrol and diesel cars and vans by 2030. From 2035, all new cars and vans will need to be fully zero-emission at the tailpipe.

As part of that announcement in 2020, the government said it would invest £1.3bn to improve the UK’s EV charging infrastructure.

Mark McCall from the Electric Vehicle Association Northern Ireland, said: “EV drivers in Northern Ireland have been crying out for action and we are really looking forward to seeing the progress the company makes with its planned rollout.”

Weev, which is owned by DATAINVEST, said it also plans to offer EV managed fleet solutions and leasing.