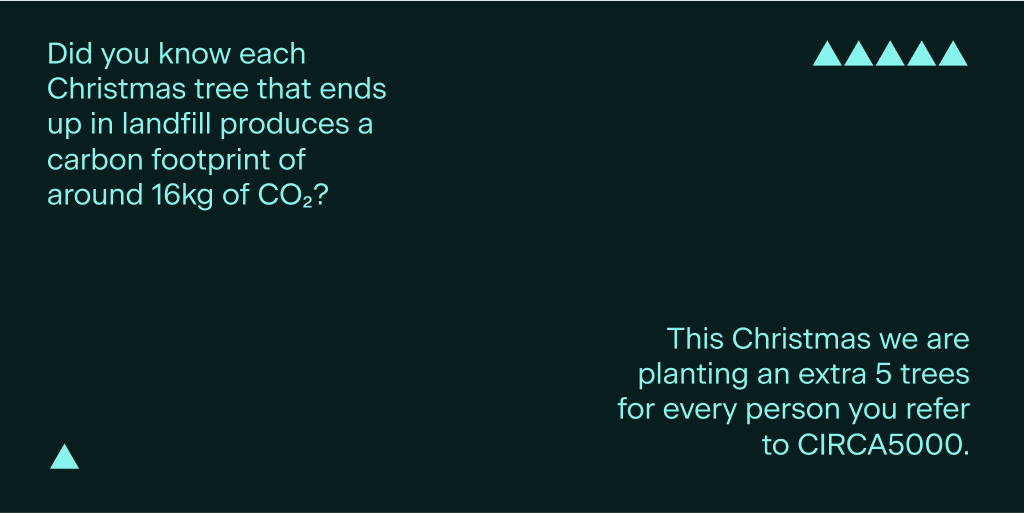 Tom McGillycuddy is the co-founder of CIRCA5000, an impact investing platform.

McGillycuddy launched CIRCA5000 alongside co-founder Matt Lathamin 2018, then known as tickr.

CIRCA5000 lets retail investors invest in “responsible businesses that see the value in our continued existence”.

The London-based company has raised more than £10m in funding from investors including Ada Ventures and Love Ventures.

In the latest Founder in Five Q&A, McGillycuddy explains why he had to “bulldoze” his way through early fundraising rejections, reveals who he admires most in fintech and explains why he believes nuclear energy is a misunderstood technology.

1. What funding advice would you give to a first-time founder?

TM: Don’t take rejection personally. Particularly in the early days, during the first round of funding, you have to get used to 99 “nos” out of 100. It’s a numbers, stamina and resilience game.

When my co-founder Matt Latham and I started out, we had no connections in the VC industry and had to bulldoze our way through our early fundraises. If we had stopped at the first “no”, or if we’d become disheartened, we wouldn’t have even made it out the blocks.

2. What are the best and worst parts of your job?

TM: The best part can also be the toughest part. I love the fact that I’m dealing with many different disciplines every day – from marketing and product, to engineering, people management, customer operations and fundraising.

Every day stays fresh because of that. However, it can also be mentally exhausting, and sometimes you feel as though you aren’t in the weeds for certain things that need it in order to make the best decision.

3. Who’s a leader you admire in your industry?

TM: Not strictly within my industry, but I’ve always admired Elon Musk for continually taking bold bets throughout his entrepreneurial career, even after he’d had a few successes with Zip2 & X.com/PayPal.

His ambition grew and grew with each success. Within fintech, I admire Nikolay Storonsky for the speed at which he’s built Revolut, and how quickly they’ve expanded internationally.

TM: I have a golf handicap of 1, and hope to someday compete in a professional event. I grew up right next to a golf course, and used to sneak in during the evenings as a kid, before I could afford a membership.

Any spare minute I get I’m trying to practice or play in some way – much to the annoyance of my girlfriend and family!

5. What’s the most misunderstood technology?

TM: I think nuclear energy is misunderstood. Public perception hasn’t recovered since the infamous accidents of the past, but I’m convinced that if we are going to stand a chance of tackling climate change in any meaningful amount of time, we should invest heavily in it.

The safety of it has come a long way, and I think it should form the foundation of our future energy policy in the UK, allowing us greater energy independence with unrivalled reliability.