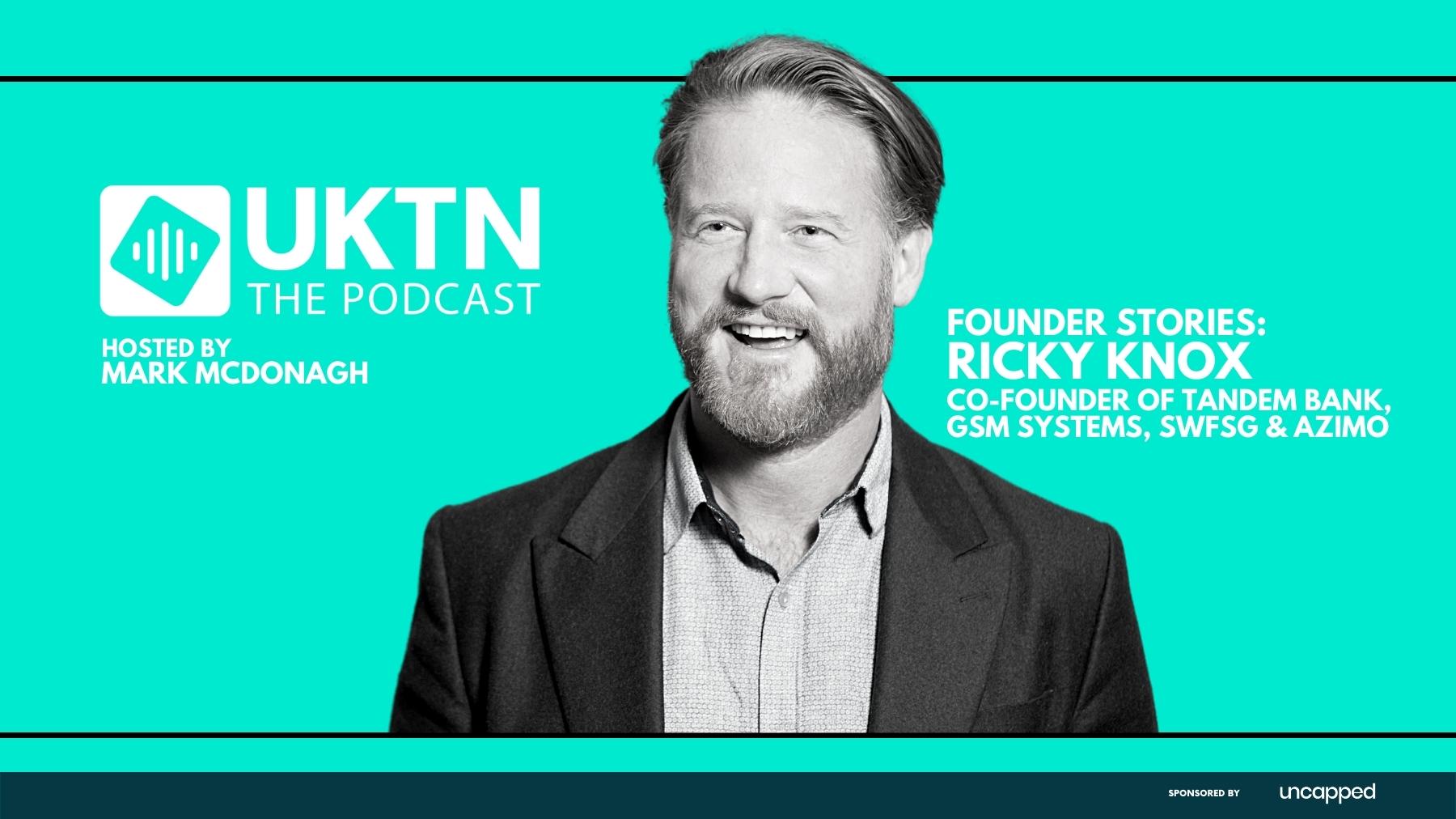 Episode six of the UKTN Podcast is out now. This week’s guest is Ricky Knox, a serial entrepreneur who has founded and co-founded fintech companies including Tandem Bank, Azimo and Small Word Financial Services.

During the show, Knox recalls his time at Tandem, explains why he stepped down as CEO last year and shares more about the startups he’s building and investing in now.

“It’s almost like parting ways with your kid,” said Knox on stepping down as CEO. “I suppose people have to do it at a certain stage.”

Knox tells UKTN Podcast host Mark McDonagh about the early days of Tandem – back when UK fintech was in its infancy – and applying for a banking licence in 2014, around the same time as rivals Atom Bank, Starling and Monzo.

Knox also sheds light on a collapsed 2017 Tandem deal, when House of Fraser’s Chinese owners pulled £29m of a £35m investment due to concerns that the Chinese government would reject the deal – despite it already being signed.

Knox, a veteran of the UK fintech scene, shares some of his views and learnings from his previous ventures.

He explains why first to market isn’t always the most successful, giving the example of Google being a “late entrant” into the search engine market.

“There’s plenty of opportunity for second and third movers but there’s also people who I think have just missed the wave,” Knox said. “And the challenge then is less capital flowing in – most people are focusing on the exit.”

Knox also explains why some businesses deserve to fail – “I’m a big supporter of entrepreneurs, but I think businesses sometimes deserve to die” – and why he “gets kind of happy” when the “wrong businesses” don’t make it.

For all this and more insight on topics such as funding, marketing and sales, listen to the latest episode of the UKTN Podcast now.

You can listen to all this and more in the latest episode of the UKTN Podcast here.

The post UKTN Podcast ep6: Ricky Knox on life after Tandem and why some startups ‘deserve to die’ appeared first on UKTN | UK Tech News.

IR35 reforms one year on: IT recruitment hampered by contractor tax rules

Founder in 5: Flexa CEO on funding and using LinkedIn for advocacy, not ‘scraps’