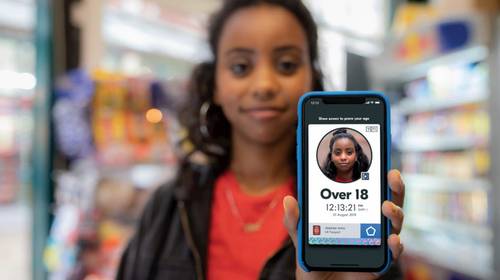 Digital verification software company Yoti is looking to raise £8-10m in outside funding later this year, having so far relied on more than £110m provided by its founders and employees since it was founded in 2014.

Yoti co-founder and CEO Robin Tombs told Sifted that the company is calling it a pre-Series B round “because it felt weird to call something that has already had £110m founder investment a seed round”.

The fresh funding will be used to further expand the London-based company internationally in the US, Canada and Australia.

Yoti’s software is used by businesses to prove online identities when users access services or make age-verified purchases. It is working with UK supermarkets Sainsbury’s, Morrisons and ASDA to verify customer ages at self-checkouts.

The identity company’s technology could also become more important with the development of metaverse and Web3 applications.

Yoti has been bootstrapped since Tombs and Noel Hayden founded it in 2014, with the pair drawing on the £500m they made selling previous company Gamesys for £2bn.

Yoti competes with the likes of Estonia’s Veriff and US-based Jumio.

“This is a business whose time has come,” Tombs added. “A lot of the problems around Web3 come down to identity and interoperability, which we can help with.”