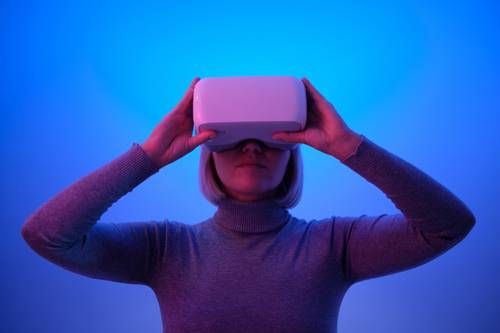 UK companies are ramping up their searches for developers, designers and data scientists to work in metaverse related jobs.

Data compiled by job search engine Adzuna reveals that the number of UK metaverse vacancies has increased fivefold since October 2021 – the same month that Facebook rebranded to Meta to reflect its new focus on building virtual 3D environments.

In January the number of UK metaverse jobs postings stood at 250, up from 116 in December, 102 in November and 47 in October.

Adzuna’s data showed a similar trend in the US, with metaverse job postings jumping from 697 in October to 1,892 in January.

The data suggests that UK and US companies are exploring ways to capitalise on the growing interest in the metaverse, which doesn’t yet exist.

Proponents believe it will become an immersive online world where people work and socialise. However, critics argue the term is a rebranding of virtual and augmented reality, which has so far failed to garner mainstream adoption.

Last year investors poured more than £150m into UK virtual reality companies, making it a record year of funding for the sector.

“Hiring metaverse experts is the latest recruitment trend to show exponential growth,” said James Neave, head of data science at Adzuna. “The last three months have seen a surge in job openings related to the metaverse both here in the UK and over in the US, with demand catalysed by Zuckerberg’s Facebook rebranding and refocusing exercise.

Neave added: “Metaverse experts are the new hot ticket with related roles ranging from developers, to data scientists, writers, and creatives. It follows booming interest in crypto roles throughout 2021 and a tech sector that continues to go from strength to strength.”

Adzuna said there has also been a sharp rise in the number of job vacancies mentioning “crypto”, with 1,520 such roles advertised in January, up 495% compared to a year ago.

UK job adverts containing the word “cybersecurity” also soared in January to 2,712, up from 1,382 the year prior.