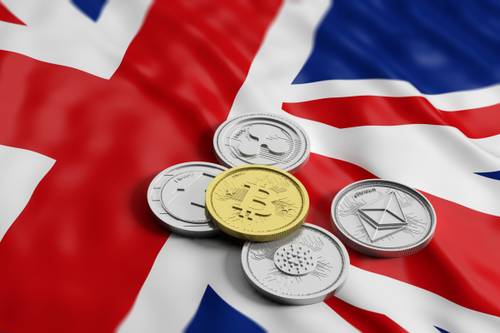 Despite soaring global interest the majority of people in the UK remain sceptical about cryptocurrencies, with research showing 49% would not be willing to use them compared to 26% who said they would.

In a survey of 2,000 Brits conducted by Okta and Statista, the most commonly cited concern was that their money would not be safe. Respondents instead said they preferred a traditional currency issued and regulated by a central authority.

A quarter of those surveyed did, however, state they would be willing to use cryptocurrencies. They cited resistance to government interference and a reduced risk of counterfeiting as the primary reasons why.

Cryptocurrencies, in particular Bitcoin and Ethereum, have soared in value in recent years. In November 2021 Bitcoin reached an all-time high of £50,784, while Ethereum hit a peak of £3,609.

However, the volatility of digital, decentralised currency remains one of several roadblocks for mainstream adoption.

The value of a single Bitcoin currently sits at a little over £30,000 – a significant drop from its peak but still a monumentally high figure compared to its value at launch in 2009.

In the past year alone, the value of cryptocurrencies has fluctuated wildly, with price crashes and recoveries making it unsuitable as a medium of exchange capable of replacing fiat currency.

“It’s still early days for cryptocurrency,” said Ian Lowe, head of industry solutions at Okta. “The UK is currently exploring the feasibility of a central bank digital currency… So, while Brits aren’t bought into the concept now, this could change in the future”.

UK consumers may still not be ready to trust crypto, but that hasn’t stopped larger institutions in the UK and overseas from increasingly adopting cryptocurrencies in some capacity.

Ian Lowe cited international examples of this: “China is testing digital yuan in certain cities. Nigeria has also recently launched a pilot, and El Salvador became the first country to use Bitcoin currency as legal tender.”

Meanwhile, in the UK investments are on the rise from more traditional finance companies, such as Ruffer Investment Company, which last year put 2.5% of its $21bn portfolio into Bitcoin.

The UK government has also set out plans to introduce legislation to combat “misleading” cryptoasset promotions in a potential blow to the industry.

The post Half of Brits say they won’t use cryptocurrencies appeared first on UKTN | UK Tech News |.