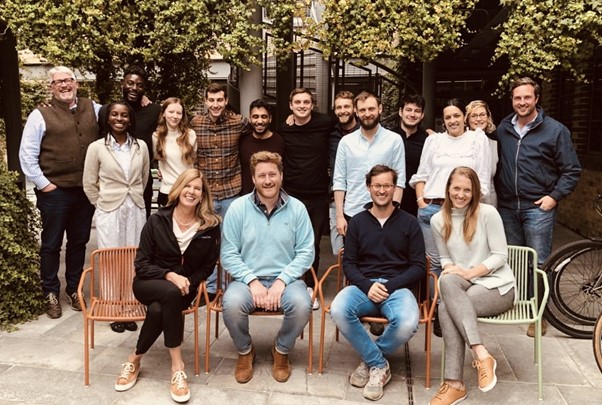 Insurtech firm FloodFlash, which uses internet of things (IoT) sensors to detect flooding and determine insurance payouts, has closed a $15m (£11m) funding in Series A round led by Buoyant Ventures along with Munich Re Ventures.

London-headquartered FloodFlash intends to use the investment to boost international expansion, targeting markets including the US, Germany, Australia, and Japan.

The Series A round comes three months after the company announced a new insurance capacity partnership with Munich Re, a provider of reinsurance, primary insurance, and insurance-related risk solutions.

FloodFlash CEO Adam Rimmer said: “This investment is an endorsement of our parametric cover and how we’re using it to solve real-world issues. The group of investors for the round couldn’t be better tailored to supporting our efforts in solving the issues around underinsurance in the face of climate change.”

Parametric cover is a type of insurance contract in which a policyholder pays a set amount against the occurrence of a specific event based on its magnitude.

Ben Bergsma, investment principal at Munich Re Ventures, said that parametric insurance is “finally having its moment in insurtech”.

FloodFlash says that around 80% of the world’s catastrophic flood losses aren’t insured, resulting in $58bn (£42m) of uncovered damage.

With climate change and population growth set to increase the risk of flooding, FloodFlash believes there is a growing market for its services.

After insuring, a mobile-connected sensor is installed at a property. Customers can choose the depth of flooding and payout amount for their policy.

When the sensor at their property detects floodwater at the chosen depth, FloodFlash will start the claims process within 48 hours without any documents.

FloodFlash is a registered cover holder at Lloyd’s of London and is authorised and regulated by the Financial Conduct Authority (FCA).

“Real solutions are needed to address flood risk in the communities on the front lines of climate change,” said Amy Francetic, partner at Buoyant Ventures. “We are thrilled to lead this first-class syndicate of investors and believe strongly that the FloodFlash team is well-positioned for global expansion and success.”

Bergsma added: “Successfully writing natural catastrophe parametric insurance is no simple task. FloodFlash’s holistic solution, which includes sophisticated building-level underwriting and monitoring, as well as an intuitive cloud platform for brokers and agents, is a game-changer for the industry.”