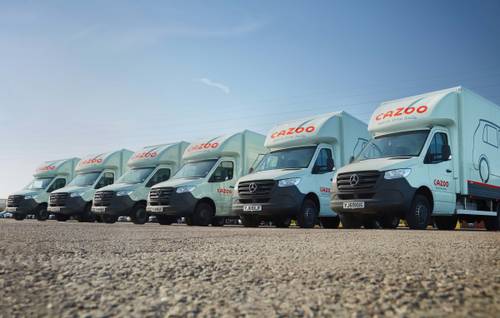 UK-founded online car retailer Cazoo has sold a $630m (£465m) stake to an investor group led by Viking Global less than six months after it listed on the New York Stock Exchange.

Cazoo said it will use the extra capital to fund its growth in the UK and expansion in Europe. It raised the latest funding through the sale of 2% convertible senior notes at $5 per share.

The London-headquartered company completed its New York listing in August last year via a merger with special purpose acquisition company (SPAC) Ajax I.

That deal valued Cazoo at $8bn and raised around $1bn for the company, just three years after it was founded in 2018.

It went on to become the fastest-ever British company to reach unicorn status – privately held companies valued at $1bn or more – in June 2020.

The share sale means Cazoo has a total cash balance of nearly $900m at its disposal when combined with the $260m existing cash on its books.

The capital injection means Cazoo is well-equipped to continue its expansion plans, having already been on an acquisition spree and launching in new markets throughout 2021.

“We are now very well-funded for the coming years to continue to capitalise on this opportunity and deliver the best car buying and selling experience for consumers across the UK and Europe,” said Alex Chesterman OBE, founder and CEO of Cazoo.

It now operates in five markets in Europe, having recently launched in France and Germany. It also acquired Swipcar in Spain and Brumbrum in Italy.

The company, which opted for New York over London for its public float, is aiming to capture a slice of a used car marketplace valued at more than £475bn.

Shiba Inu (SHIB) is the new Dogecoin killer: How to buy the cryptocurrency in the UK?