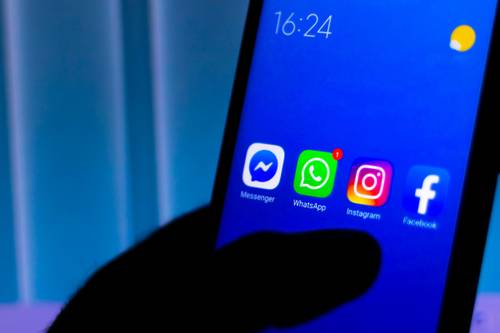 The UK’s data watchdog has delivered a blow to a government-backed campaign to delay the introduction of end-to-end encryption for private messaging, arguing that it would put “everyone at risk”.

The “No Place To Hide” campaign has been launched by child safety campaigners and charities and is backed by the Home Office. Campaigners and home secretary Priti Patel argue that end-to-end encryption (E2EE) prevents law enforcement from discovering harmful content such as child abuse imagery.

However, privacy advocates argue that E2EE, which means only the sender and recipient can view the contents of a message, is crucial for keeping legitimate conversations – such as with mobile banking support staff – secure.

The Information Commissioner’s Office (ICO) has lent its support to this side of the encryption debate, stating that E2EE is “crucial for businesses” and that making messaging services less secure would increase the risk of some threats to children, such as blackmail.

The £500,000 anti-encryption campaign comes as Meta-owned Facebook Messenger and Instagram apps prepare to introduce E2EE. Messaging app WhatsApp, also owned by Meta, already has E2EE in place. In November last year, the US tech behemoth said it will delay its E2EE plans until 2023.

“E2EE is seen by some to hinder the clampdown on child abusers because it leaves law enforcers blind to harmful content,” said Stephen Bonner, executive director for innovation and technology at the ICO. “But having access to encrypted content is not the only way to catch abusers. Law enforcers have other methods such as listening to reports of those targeted, infiltrating the groups planning these offences, using evidence from convicted abusers and their systems to identify other offenders.”

He added that E2EE enables businesses to “share information securely and fosters consumer confidence in digital services”. The government should redirect its efforts into other ways to keep children safe online, Bonner said.

“Until we look properly at the consequences, it is hard to see any case for reconsidering the use of E2EE – delaying its use leaves everyone at risk, including children,” said Bonner.

It is the first major announcement by the ICO since John Edwards took over as information commissioner earlier this month and indicates that privacy will be a key focus for the new regime.

In a statement at the start of his five-year term, the former New Zealand privacy commissioner said that “privacy is a right, not a privilege”.

5 dream tech roles in London startups waiting for you