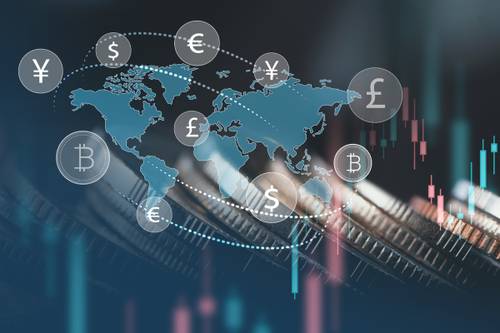 From Bitcoin to Etheruem, interest in cryptocurrencies has soared in recent years and pushed prices to eyewatering highs – along with sharp downward swings. While mainstream adoption among consumers and institutions is growing, the status of cryptocurrencies remains uncertain. Is it a medium of exchange to replace or sit alongside fiat currencies? A store of value to rival gold? Or something else entirely?

Two reports published this week have highlighted both the growing adoption of cryptocurrencies and the challenges that digital currencies still face. Research by Paysafe, a London-based payment provider, found that 55% of cryptocurrency owners would rather get paid their salary in crypto.

That figure rises to 60% for 18-24-year-olds, suggesting more employers could begin providing the option as younger generations continue to enter the workforce.

A handful of companies operating in the cryptocurrency space, such as Blockchain.com, Bitshares, Fairlay, Purse.io, SC5 and Bitwage are already paying employees with cryptocurrencies.

The Paysafe report states that the primary reason given by crypto owners for receiving payment in cryptocurrencies is that they view it as a smart investment that comes with greater financial flexibility.

Over 54% of surveyed crypto owners agree that cryptocurrency is the future of finance and will take over as the dominant form of international currency.

The volatility of cryptocurrency has consistently been a hurdle to it replacing fiat currency, with around 70% of crypto-owners replying that they’ve had doubts about investing.

However, separate research has raised questions about a cryptocurrency use case that has long been touted by its proponents: overseas remittances.

Traditional banks often have high charges for transferring money to friends and family around the world. Using cryptocurrency can circumvent traditional banking charges that according to the World Bank can incur an average fee of 5% to 9.3% for a $200 remittance.

Research published by international payments data provider FXC Intelligence found that cryptocurrency’s use in remittances faces “significant roadblocks”. The company said that over half of the world’s ten biggest remittance recipient countries have bans or significant restrictions on cryptocurrencies.

The findings cast doubt on the effectiveness of schemes, such as Facebook’s Novi, in replacing traditional banking and money transfers for remittances.

Some countries have fully embraced cryptocurrencies, with El Salvador accepting Bitcoin as legal tender last year. Others have issued outright bans or restrictions on cryptocurrencies, including Russia, China and India. Countries that have cryptocurrency-friendly remittance regulations include the US, UAE and Germany.

All of this comes against growing mainstream interest in cryptocurrencies, with major firms including Tesla, Square and PayPal, along with institutional investors, increasingly becoming active in the space. According to data from CryptoTreasuries, 34 public companies collectively hold over 213,000 bitcoins as of June 28, 2021.

“Cryptocurrency has fast become one of the most widespread buzzwords in cross-border payments, with proponents claiming that it can increase speeds and reduce costs compared to other remittance solutions,” said Daniel Webber, CEO, FXC Intelligence.

“However, in reality, this is not always the case, and our latest research suggests that the overall market will remain severely limited unless key receiving countries enact significant regulatory changes. Crypto definitely has potential to be part of the overall money transfer mix, but don’t expect it to become the sole approach to global payments.”