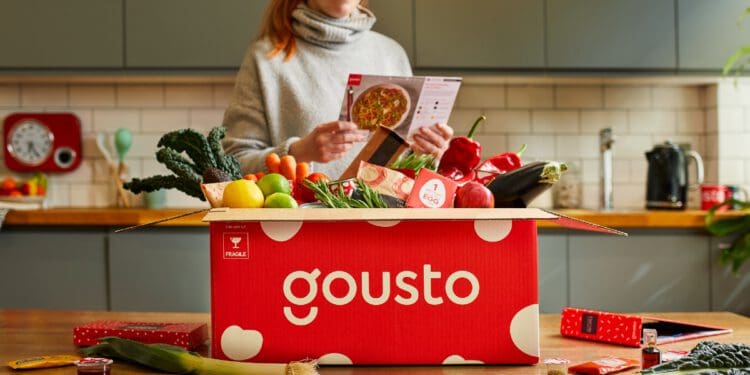 The latest funding announcement comes a year and a half after Gousto raised £25m from Perwyn and BGF. To date, the company has raised $361.5m (£267m) in funding in over 14 rounds, according to Crunchbase.

Timo Boldt and James Carter founded Gousto in 2011 when they didn’t have much time to go to various grocery shops. They found it challenging to cook recipes from TV shows and online databases.

Gousto offers users all the ingredients in the right proportions to cook a proper meal at home. According to the company, the recipes are developed by a team of passionate chefs, and every week the selection is updated with new recipes.

The company is endorsed by fitness coach Joe Wicks and comedian Katherine Ryan. Its latest funding was first reported by Sky News.

Timo Boldt, CEO, and co-founder, said: “2022 is set to be another impressive year for Gousto, as we capitalise on the accelerated megatrends driving change in the grocery market: convenience, health, sustainability. This successful raise is further testament to the relevance and appetite for our recipe box solution.”

Gousto said its revenue more than doubled to £189m during the previous 12 months.