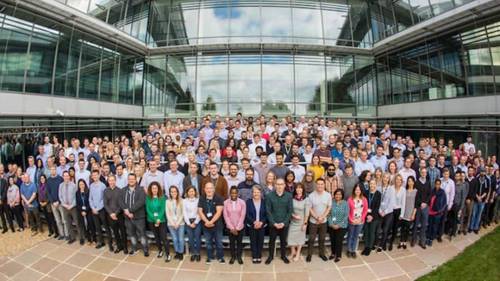 In the latest development, the shares of DNA/RNA sequencing technology company Oxford Nanopore soared more than 45% in their market debut on Thursday. The IPO valued Oxford Nanopore at £3.4 billion (approx $4.6 billion).

According to Bloomberg, the stock climbed 42% to 604.50 pence at 9:51 a.m. from the IPO price of 425 pence. This is one of the significant listings for the London Stock Exchange since most of the life science and British pharma companies tend to list on New York’s Nasdaq.

“Oxford Nanopore is a British success story: It’s growing at an attractive 30%, and genome sequencing is a sexy and hot area to be in right now, there’s just a lot of demand for the company’s offering,” said Oliver Brown, a fund manager at R.C. Brown Investment Management Plc, who participated in the IPO.

The UK company raised £350 million-selling new stock, while its investors offloaded existing shares worth £174 million, says Bloomberg. The company has added around $1 billion to its market value since its last funding round in May.

“This will be seen as a vote of confidence for the London Stock Exchange as a worthy launchpad for both tech and pharmaceutical companies, particularly given Nasdaq’s dominance in this space,” said Susannah Streeter, a senior investment and markets analyst at Hargreaves Lansdown Plc.

Founded by Hagan Bayley in 2005, Oxford Nanopore has developed and commercialises a novel generation of DNA/RNA sequencing technology that provides rich data, is fast, accessible, and easy to use in any location.

The company’s goal is to disrupt the way that biological analyses are currently performed; to enable the analysis of anything, by anyone, anywhere.

The electronics-based DNA/RNA sequencing technology is being used in more than 80 countries for a range of biological research applications. These include large-scale human genomics, cancer research, microbiology, plant science, and environmental research.

The spinout from the University of Oxford supplies the UK with tests that make use of DNA and RNA sequencing to detect various strains of COVID. The technology was used during the outbreak of Ebola and Zika as well