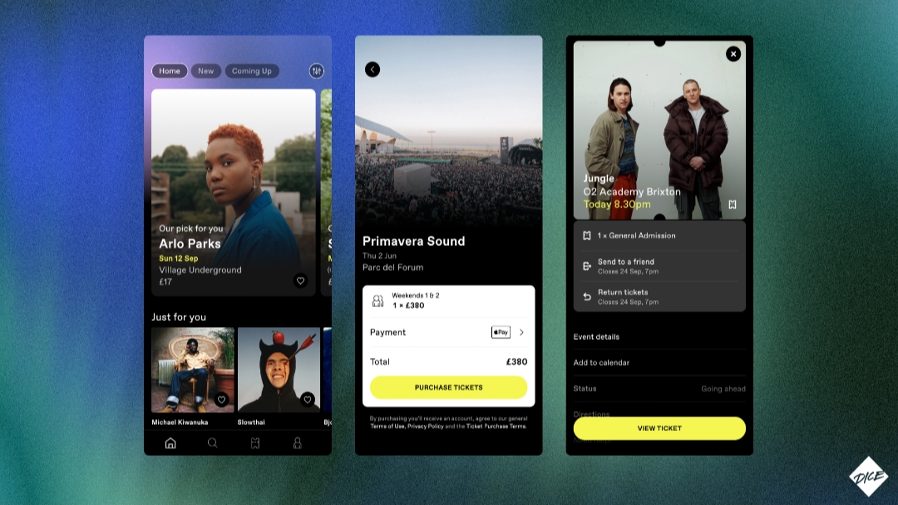 The world of live events has faced a rough patch since early 2021 due to the COVID-19 pandemic. However, some live event startups adapted tech to survive in the industry and grow throughout this period. One such startup is London-based DICE, which has built a platform to help people discover and attend live events of their interest.

In a recent development, the mobile ticketing platform DICE grabbed $122 million (nearly £90 million) in funding, which values it at $400 million. The round was led by SoftBank Vision Fund 2, as well as a former Apple and Nest executive, Tony Fadell (by way of Future Shape), Blisce, Mirabaud, Cassius and Evolution, French entrepreneur Xavier Niel and Mirabaud Private Equity.

The new funds will be used for the expansion of Dice’s geographic footprint with a special focus on the U.S. It is a region where Dice’s business seems to be growing the fastest as cities and consumers are coming out of the pandemic hibernation so that they can spend time with their loved ones. DICE is focusing on the US as it witnessed over 1 million users finding and attending events in New York in August 2021.

Launched in London in 2014, DICE is an alternative to Ticketmaster and other ticketing platforms that charge service fees on top of ticket purchases. DICE touts the fact that it offers “upfront” ticket pricing. It has clarified that its tickets are not resold on ticket reselling marketplaces.

DICE collaborates with artists and venues to offer both in-person concerts, premieres, and, as was popular at the height of the pandemic, virtual events. Now, the platform works with over 3,600 venues, festivals and promoters globally.

Unlike other ticketing platforms, DICE says that it has differentiated itself from competitors with its focus on loyal fans. Also Akansha with the company’s current rate of growth, 49,000 artists and creators will use the platform by the end of 2022. Already, DICE is live in the UK, France, Italy, Spain, Australia and, since 2019. It will expand into the US.

The post DICE, London’s ticketing platform grabs £90M to expand into the US appeared first on UKTN (UK Tech News).