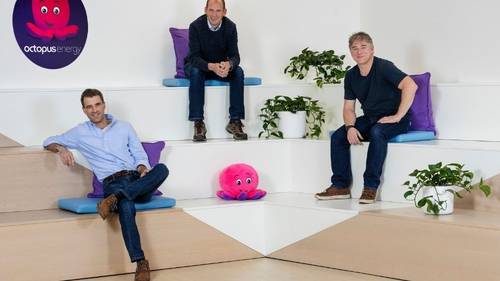 Driving the green energy revolution in the UK and around the world, supplier of green electricity in the UK, Octopus Energy Group has announced a strategic partnership with Al Gore’s fund company Generation Investment Management to back businesses supporting sustainability and the fight against climate change.

London-headquartered Octopus Energy has taken $600 million of additional investment from London-based Generation, increasing the energy tech group’s valuation to up to $4.6 billion. With the new agreement, Generation’s Long-term Equity strategy will take a stake of up to approximately 13% in the business. Octopus will enhance its smart grid capability and commitment to sustainable energy revolution around the world, with an ambition to support 100 million energy accounts on its tech platform Kraken by 2027.

Smarter energy solutions in the UK

Managing over £3 billion of renewable generation, Octopus is one of the UK’s leading electricity generators, creating enough green energy to power about 1.5 million homes.

The company established Centre for Net Zero, an independent London-based research facility that is taking the fight against climate change to government level, by bringing together the biggest and best brains in tech, environment, econometrics and policy to create research and tools that governments and businesses around the world will be able to use to accelerate the update of clean technologies and green energy.

They are also investing £10 million into the UK’s first R&D and Training Centre for Decarbonisation of Heat, a 22,000m3 newly constructed state of the art facility dedicated to creating a greener, cheaper way of heating our homes by investigating heat pump and electric boiler solutions. The Centre combines the cutting edge of R&D, with two state of the art weather chambers and multiple test rigs adding hardware development and market expertise to their software heritage and setting the UK up for a stake in the global export of clean heating technologies. The Centre will also offer bespoke training capabilities to create thousands of jobs in this new sector over the next few years.

Speaking for Octopus Energy, Founder and CEO, Greg Jackson said: “Whilst the UK energy market is currently in a tough state, its highlighted the need for investment in renewables and technologies to end our reliance on fossil fuels. So, this agreement has been created to back sustainable companies changing the world for the better. Three years ago, the management team of Octopus Energy met to discuss growth plans for our fledgling company. We watched An Inconvenient Sequel and were inspired to accelerate and expand our mission to make energy greener faster, cheaper, across the globe. Being backed by Generation, co-founded and chaired by Al Gore, enables us to make that dream come true.”

Speaking for Generation Investment Management, Tom Hodges, Partner in the Long-term Equity strategy, said: “Octopus has an extraordinarily good fit with Generation’s mission of investing over the long term to support system and climate-positive companies. The world is at the early stages of an unprecedented energy transition which is essential to reach the goals of the Paris Agreement. This can be done in a way that is better for the environment and consumers. Octopus and its software platform Kraken are at the forefront of innovation and helping to create the dynamic and flexible renewable energy system needed.”