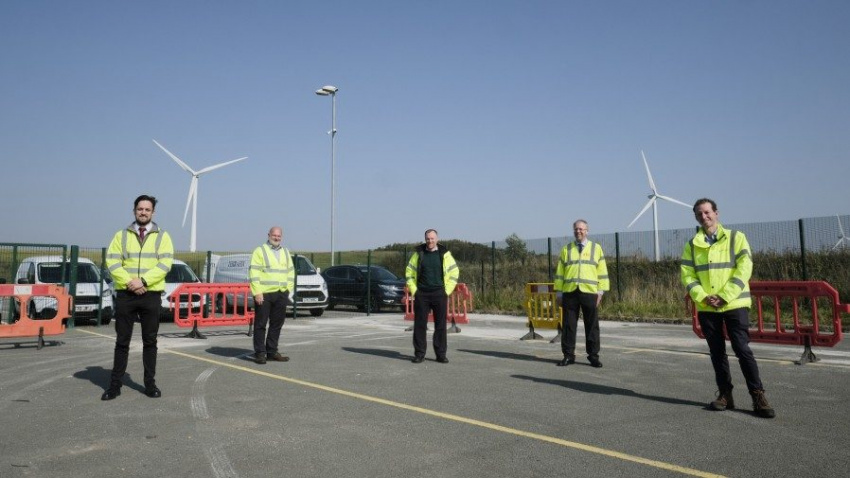 Nottingham-based Cheesecake Energy Ltd is an energy storage startup that works towards lowering the cost of long-duration energy storage by using renewable energy sources such as wind and solar into reliable, on-demand power. The company has raised £1 million in seed funding in a round led by Imperial College Innovation Fund alongside prominent investors including Perivoli Innovations, former Jaguar Chairman, Sir John Egan and other angel investors.

The UK energy tech startup raises the funds at a time when there is a surge in the interest in energy storage technologies. Currently, the UK Government ramps up its decarbonisation plans with significant investment into energy storage. Cheesecake Energy, which is working on its first pilot system with Nottinghamshire County Council, plans to use the funding to execute their technology roadmap before raising an additional round later in 2021 to deploy several additional pilot projects with fleet operators and industrial manufacturing businesses.

After years of closely monitoring the energy ecosystem, the CEL founders identified a gap in the market for medium-duration energy storage. “Working with industrial operations and local government and witnessing the major costs and disruption customers face when attempting to decarbonise was really the impetus in identifying a need for distributed, medium-duration storage. We realised that current available technologies were not feasible for key sectors like transport and commercial industries where longer discharge durations are needed and batteries become uneconomic,” said CEO Mike Simpson.

Imperial’s Seed Investment Manager, Brijesh Roy. CEL CEO Mike Simpson said “This investment round will support CEL as we further optimise our sustainable energy storage technology, improving performance whilst driving down costs. We believe that the benefits our technology can offer over current market-leading technologies like lithium-ion will help to accelerate decarbonisation in key sectors such as transport and heavy industry. Securing this round of investment allows our technical team to really focus on developing a product that will change the way the world thinks about energy storage.”

Founded in 2016, its unique technology dubbed eTanker takes established compressed air energy storage concepts and revolutionises them by storing two-thirds of the electricity in the form of heat which can be stored at a far lower cost. It uses electric motors are used to drive compressors to store the energy, which delivers high-pressure air and heat into storage units. When electricity is required, the high-pressure air and heat are passed back through the same compressor that works like a turbine, which turns a generator to produce electricity.

As per the company, this system will cut the cost of storing energy by 30-40% and offer a solution that can be used in several sectors including electric vehicle (EV) charging, heavy industry and renewable energy generation. The startup has filed 10 patents for stationary, medium-long-duration, long-lifetime energy storage technology. A spin-out from over a decade of research at the University of Nottingham, its technology brings together the low cost of thermal storage, the turnaround efficiencies of compressed air energy storage, together with the long life and robustness of a mechanical system. Apparently, it is a game-changing technology in a modular containerised package.

With Coinbase IPO, here are top 5 currencies to buy on the crypto platform