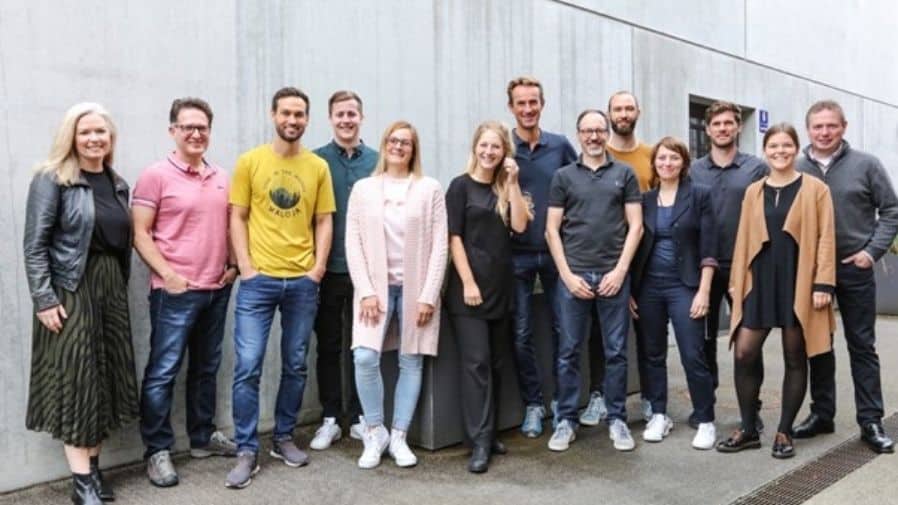 Munich and London-based Ananda Impact Ventures has raised €25 million more than it initially targeted. With backing from the European Investment Fund (EIF), Big Society Capital and a number of family offices, the impact venture capitalist company has surpassed expectations by securing €65 million against a first closing target of €40 million for its fourth Core Impact Fund. The final closing target was extended from €75 million to €90-100 million.

One of Europe‘s leading impact-focused VC fund, Ananda’s success highlights the market interest in supporting startups that do not just talk about purpose and impact but have it as an integral part of their business model. With a portfolio of companies that see significant opportunity in scaling social and ecological innovation, it is well placed to continue its focus on supporting European technology businesses that are committed to tackling big and bold societal and climate challenges.

Founded in 2009 by Johannes Weber and Florian Erber, the company has been able to tap into outstanding UK impact investments in its portfolio with an office in London in addition to its headquarters in Munich.

Erber believes that the success of the fourth fund highlights how attitudes towards impact investing have changed. He commented: “Ten years ago it was an immature market, with no lingo, no terminology and vague notions. Our VC peers at the time would look at us and wonder ‘What are you doing? Can you really make money?’ But we’ve had some strong exits to show, with high returns, like the sale of Kinderzentren Kunterbunt or Arbor Education. At the same time, other companies in our portfolio, like Auticon or IESO Digital Health, are becoming real global leaders in their field, demonstrating that you can combine impact innovation and leadership with tangible, profitable financial results.”

There is a clear pattern in the sort of businesses it wants to work with, Erber said. “Our target companies have impact inherently baked into their business model. So, the simple formula that more turnover equals more impact holds and works for all of us. Our latest investments in Klim (carbon farming) and OroraTech (satellites to prevent wild fires) show that this not only works well on the social side but also on the ecological and climate side of things.

Another observation is that at the same time, younger generations are entering the workforce and expecting employers to have a purpose. That means those businesses, like our portfolio companies, that are dedicated to having a positive impact, have a head start in attracting great talent, which has helped them build stable and diverse teams.”

Weber, Co-Founder at Ananda Ventures, said: “We’re seeing a fundamental reshaping of finance taking place. Younger investors want to provide support that is aligned with their values and there is the desire for private fortunes to be directed in more meaningful ways. This evolution requires the tools and mechanisms to support their goals. Impact investment vehicles, like Ananda’s Core Impact fund, are at the forefront of this change.”

Alongside impact, ethical leadership and governance is at the heart of the group. Zoe Peden, a former entrepreneur, investee in Fund II and now Principal at Ananda Ventures, said: “I spent my formative years in tech as a female founder CEO and I have felt the importance and positive impact of diversity in founders, teams and investors. I’ve also experienced the incredible tolls on your mental health. The majority of the team here have also been entrepreneurs. Diversity, equity and inclusion, founder health and carbon reduction sit proudly alongside impact in our term sheets.”

Alain Godard, CEO of the European Investment Fund said “Ananda Ventures is a true pioneer with a strong track record in the growing impact investing market in Europe. That we have now invested for the third time in a row is testament to the team’s expertise and knowledge when it comes to supporting impact-focused businesses and securing effective returns.”

Alexandra Joseph, Senior Investment Team Officer, Big Society Capital said: “We have been impressed by its ever-growing track record in supporting and scaling startups that create transformative impact in areas including educational technology, health and employment and financial inclusion. We look forward to seeing its continued success – and how its approach will continue to inspire others in the venture capital market to shift towards social impact.”

Also investing in the fund was Peter Cullom, formerly managing director at 3i. He said: “We are rapidly reaching a point where companies that do not have a positive impact are going to struggle to attract talent and indeed customers. Ananda has focused on this aspect of business since its inception, giving it a head start on many that are only now beginning to wake up to the opportunity. As such, it is the ideal partner for impact-focused entrepreneurs looking for not only financial support but active and knowledgeable investors.”

Despite Covid, it’s full steam ahead for these UK travel startups