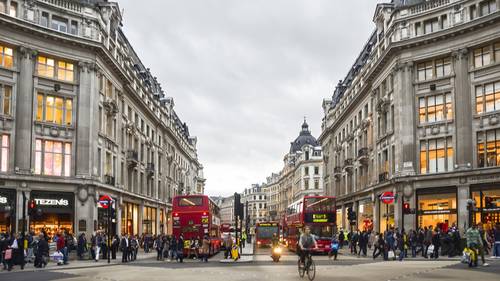 Providing a huge benefit to their local and national economies by helping them attract investment and skilled human resources from all over the world, tech cities bring a bundle of advantages. The rapid growth by tech companies continues to fuel office demand in the UK and spur the development of state-of-the-art headquarters buildings across the region.

The tech industry in the UK has managed to grow steadily during the pandemic as well. While London still is the undisputed leader, there are several key cities across the country that are promising locations for anyone interested in tech. Here’s a quick rundown of the best cities in the UK for tech.

With companies such as banking and payments app Revolut, electric vehicle maker Arrival and renewable energy provider Octopus Energy leading the capital’s tech companies to new highs, it is obvious that London leads the race in the UK. With €4.1 billion invested in tech companies, a high number of 5G deployments, 60 companies in the Fast Track Tech Track 100 and 16 unicorns based in the city (to name a few), there has been a lot of action in the city.

According to the recent survey by global World Tech Hotspots list curated by electronics retailer Carphone Warehouse, London gets third place in the global World Tech Hotspots list. Some of London’s most impressive scores across the index include those for its €4.1 billion invested in tech companies, a high number of 5G deployments, 60 companies in the Fast Track Tech Track 100 and 16 unicorns based in the city (to name a few).  2020 was a record year for VC funding into Europe’s tech sector, and London was at the heart of that growth.

According to a new report from London & Partners, the city was just $200 million shy of its 2019 all time investment high, and contributed almost a quarter of Europe’s $43.1 billion VC total in 2020. It is the second fastest-growing mature tech hub in the world from 2016 to 2020 and ranks 5th worldwide for VC investment over the past five years.

When Target acquired Birmingham’s same-day delivery startup Shipt in 2017, the exit set off a lot of positives and gave local entrepreneurs in the region hope for similar success. Since then, the top-class homegrown talent and commitment to encouraging innovation, has made Birmingham a great place to grow a startup. The tech boom is putting the Midlands on the map as one of the top regions in the UK to do business.

The tech culture of the region is also boosted by TechBirmingham, an 18-year-old association, which is on a mission to make the city the most robust and inclusive technology hub in the southeast. The city is also known for its internet speeds (28.9Mbps) and scores highly for its university, which scores 71.7/100 in the QS Top University Rankings for STEM subjects in the Carphone Warehouse report.

Some of the most important startups in the region that you need to watch out for include Conigital which is digitally connecting autonomous vehicles and empowering accessible mobility for all; Kaido, a platform for the mental and physical wellness of employees; and You. Smart. Thing., which is a travel assistance platform that guides people to venues and events ‘the smart way’.

The Scottish capital has put its stamp on the tech world and is becoming one of the UK’s fastest growing tech ecosystems. Edinburgh’s top scores include those for high internet speeds, its two tech hubs based in the city and for having two universities in the top 100 for STEM.

With the most acclaimed startups such as Skyscanner and FanDuel, the city employs more than 48,000 people in the digital tech sector, who make an average salary of £42,500 – almost 15% higher than the overall average salary in the city. Not only this, but 4% of Edinburgh’s working population are active in digital technology, which is only 2% lower than London’s 6%.

The other top seven cities include:

Due to two tech hubs in the city and being the home of a billion-dollar company, the city has become a frontrunner of technological innovations in the UK. It scores in terms of its internet speeds, as well as for its €22.2 million in tech investment and high scores for STEM education.

Excelling in the education stakes with its top university getting 93.4/100 in the QS Top University rankings for STEM. Though the city is known for being a startup hub, a number of established companies such as Apple, Microsoft and Amazon have also set shop here.

Newcastle Upon Tyne benefits from high internet speeds (20.1Mbps), an impressive 14 5G deployments across the city and having two tech hubs.

Oxford’s highest performance is its university, with the University of Oxford earning 92.5/100 in the QS Top University Rankings for STEM. Its 5 companies in the Fast Track Tech Track 100 also boost its score.

Manchester boasts high internet speeds (26.7Mbps), 4 companies in the Fast Track Tech Track 100 and a decent education score for the University of Manchester (80.5/100 in the QS Top University Rankings for STEM).

Glasgow’s top scores include those for its 26.7Mbps internet speed and having two universities in the top 100 in the QS Top University rankings for STEM.

Liverpool scores extremely highly for its internet speeds (28.8Mbps) and because it boasts 12 5G deployment sites.

The post These are the top cities fuelling up innovation in the UK appeared first on UKTN (UK Tech News).