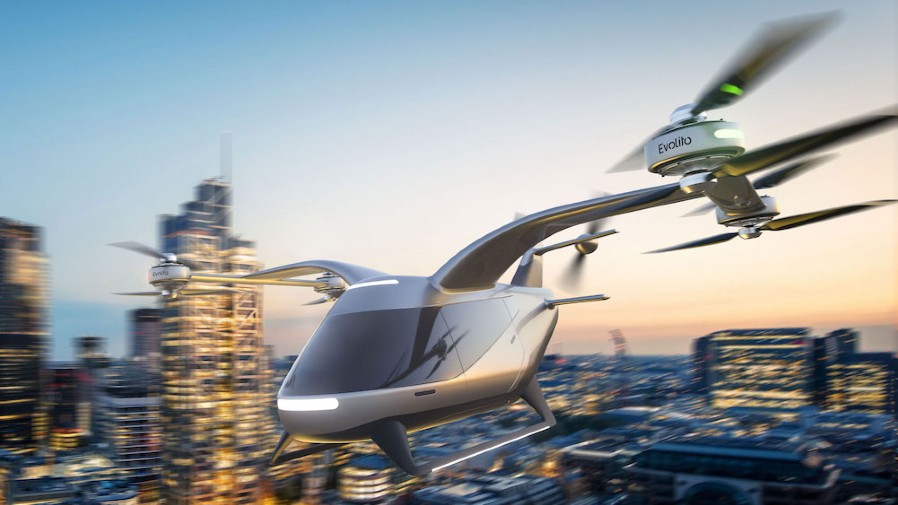 Oxford-based Evolito is a new company that develops and manufactures electric motors and power electronics for aerospace applications. The company has launched as a privately-owned business now. A spin-out of YASA, the world’s leading pioneer of automotive axial-flux electric motors, this company intends to commercialise the next-generation electric motor technology of YASA and IP for the fast-growing aerospace market.

Building on YASA’s IP, Evolito enables the aerospace industry to leave behind the legacy radial electric motor technology that has been holding the market back. Its axial-flux motor’s unique segmented topology and novel cooling systems are more robust than other electric motors systems, thereby making them ideally suited to aerospace applications. Apparently, its axial-flux technology is said to be a revolutionary new approach in the aerospace industry.

“We’re building the future of electric flight with motors that have the highest power and torque densities in class with the ability to manufacture at scale, whilst achieving efficiencies of over 98%.” said Gareth Morris, Managing Director, Evolito.

Furthermore, its axial-flux technology is smarter, faster and lighter. It requires up to 75 percent less copper, less iron and less permanent magnets that competing solutions. Also, its ultra high-performance, low-weight axial-flux motors and power electronics are smaller, lighter and more robust than any other technologies. Currently, its products include YASA P400 and YASA 750 but it is focusing on expanding its portfolio with new products that will take the aerospace market to the next level.

Evolito provides the world’s most advanced direct drive and in-direct drive electric propulsion solutions for Fixed-Wing and Electric Vertical Take-Off, and Landing (EvToL) applications. While it is estimated that Urban Air Mobility (UAM) market is likely to grow to $100 billion by 2035, the market is still in the nascent stage and depends on the adoption of new technologies. Also, it has been revealed that currency technology used in electric flights are very old and there is little innovation left ahead.

Already, this technology is established in the electric automotive market and deployed in series production by manufacturers including Mercedes-Benz and Ferrari. Notably, it was acquired by Mercedes-Benz back in July this year. Evolito’s lead investors are Waypoint Capital and Oxford Science Enterprises (OSE).

Gareth Morris, Managing Director, Evolito said, “Electrification in aerospace is some ten years behind that of the automotive industry, but the market potential is huge. Electric Vertical Take-off and Landing, Electric Helicopter, Fixed-Wing and Urban Air Mobility aircraft need high power density, low weight electric powertrains with inherently high safety factors – a combination of attributes that are unique to our axial-flux electric motor and power electronics. By leveraging YASA’s unique IP in the aerospace market, Evolito will fast-track the commercialisation of electric flight and transform mobility as we know it.”

Evolito is focusing on sustainable mobility with its aerospace technology. YASA lets them fast-track the adoption of electric propulsion in aerospace, accelerating the growth of the electric Urban Air Mobility market and general electric aviation.

“The electrification of flight is one of the most exciting market opportunities of our time. Realising this potential will require innovative new technology and an ability to scale to meet the fast-emerging demand. OSE is delighted to be supporting Evolito on its mission to accelerate the adoption of electric flight, ‘ said Alexis Zervoglos, Senior Partner, OSE.