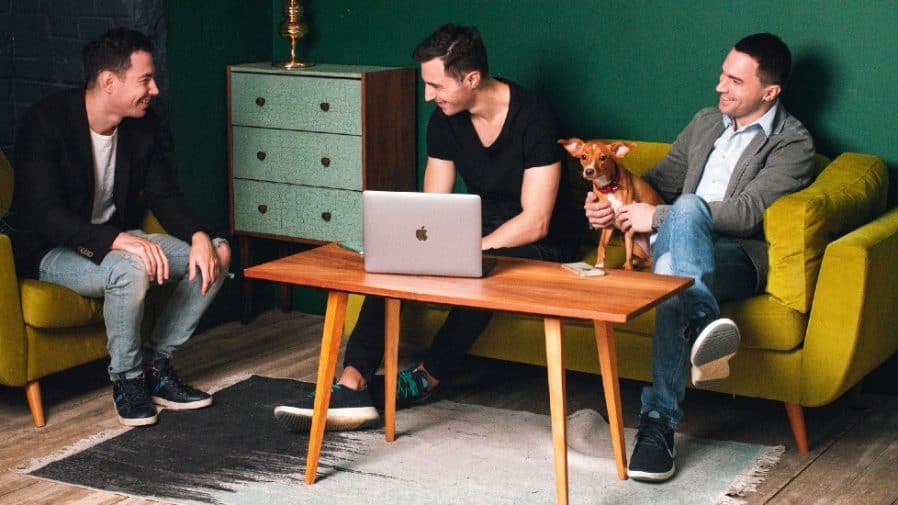 Artificial Intelligence or AI is being used in multiple areas of our lives now and it is expected to find a more prolific use in the future. The technology is also being employed to detect online fraud. London-based startup Sumsub is using its expertise in the field to boost AI-based software implementation for liveness detection. The company has now announced a new liveness solution called Prooface, which is expected to boost ID verification and onboarding.

The global identification market is expected to be worth about £11.46 billion by 2025. With COVID-19 accelerating digital trends such as remote work and e-commerce, faster and user-friendly ID checks are needed. Multiple industries, including digital banking, gaming, gambling, insurance, and finance utilise online verification. Considering this, the launch of Prooface comes at an appropriate time.

In a conversation with the company’s Chief Product Officer and one of the co-founders, Jacob Sever, we learn more about the startup, what it aims to accomplish, and more about its latest announcements.

The current norm for online verification and onboarding is to snap a single image and use that as the basis for verification. However, Prooface takes live selfies from different angles. This is said to be a more secure and effective method to prove liveness as the tech performs face-scans from multiple angles, collects biometric data, encrypts it, and sends it to the company’s servers for analysis. This makes it a secure and time-effective method that also mitigates fraud attempts such as replay attacks.

Subsub says that its Prooface solution has increased conversion rates by an average of 20%, with some of their clients experiencing rate increases by up to 44%. However, liveness detection as a technology is no exception to certain drawbacks. Some of these are Blindspots, overburdening tasks, slow performance, and unfriendly UX. Prooface is designed to eliminate these issues while providing iBeta compliant protection against the most sophisticated fraud vectors — presentation attacks, replay attacks, API injection and deep fakes.

Sumsub has invested over $1 million (approx. £730,000) to build Prooface. Alongside the aforementioned features, it is said to be capable of onboarding B2B customers 10% faster, even with a slow internet connection.

The online identity verification segment sounds quite interesting and the technology behind it is even more enticing. Sumsub utilises AI to perform online checks and it does so by detecting whether an image, document, or video has been manipulated.  These checks are indispensable while verifying documents submitted during identity verification and during comparison of an applicant’s live selfie to the image used on their identity document.

“AI is also used to determine if an applicant is a live person, rather than a deepfake, 3D mask, or video. When it comes to checking open data sources, AI is also useful, as there’s a large number of databases (such as AML databases) to be checked,” Sever adds.

The company’s solutions are apparently working well for its consumers. “Our automated solution reduces customer onboarding time. Our flow usually takes between 30 seconds and 3 minutes to complete and these time reductions are significant as we were able to help one customer reduce their onboarding time from days to minutes,” Sever says. “Clients point out that our platform helps them convert more active users worldwide, cut costs up to 6x, and reduce digital fraud to zero.“

Coming soon to LATAM and US markets

Sumsub’s offerings are available in over 220 countries and regions, with Europe and Asia being Its largest markets. In the near future, the company plans to launch in Latin American and US markets. With over 100 employees at present, Sever expects this figure to grow as the company continues to expand into new markets.

Sumsub raised $6 million (£4.35 million approx) in Series A funding back in September last year. Upon enquiring about its next funding round, Sever reveals that it could happen around the end of 2021/beginning of 2022. While he couldn’t share how much they expect to raise in their upcoming round, we can expect the funding to be above the $6 million mark.

The future of identity verification

The London-headquartered Sumsub was founded by three Israeli brothers Andrey, Jacob, and Peter Sever, along with a German engineer Vyacheslav Zholudev. “Two of the founders are twin brothers, allowing them to test Sumsub’s liveness and facial recognition tech on themselves—which can be a lot of fun!” Sever reveals.

Talking about what the future holds for the startup, Sever divides his answer into four key points. First one is about compliance, regarding which he says, “It’s now crystal clear that regulators are willing to accept more technological solutions.” As for the regulations placed on AML, he notes that the future trend will be better unification since currently, these regulations vary widely depending upon regions. “As of right now, the approaches to AML regulations are varied. In Germany, for instance, it’s very difficult to stay compliant, whereas in other countries, compliance is way too easy,” he adds.

Documents containing chips and biometric data are also becoming increasingly common. Sever says, “These new kinds of documents are digital, which makes them more reliable sources for personal data verification.” Furthermore, AI is getting better at creating deepfakes and while it may not be an issue currently, identity verification providers should be prepared.

Naurt, Brighton-based startup scores £0.5M for developing ‘the next GPS’

This women-led startup is taking on cancer as it unveils ‘world’s first’ online recovery platform with £1.5M funding